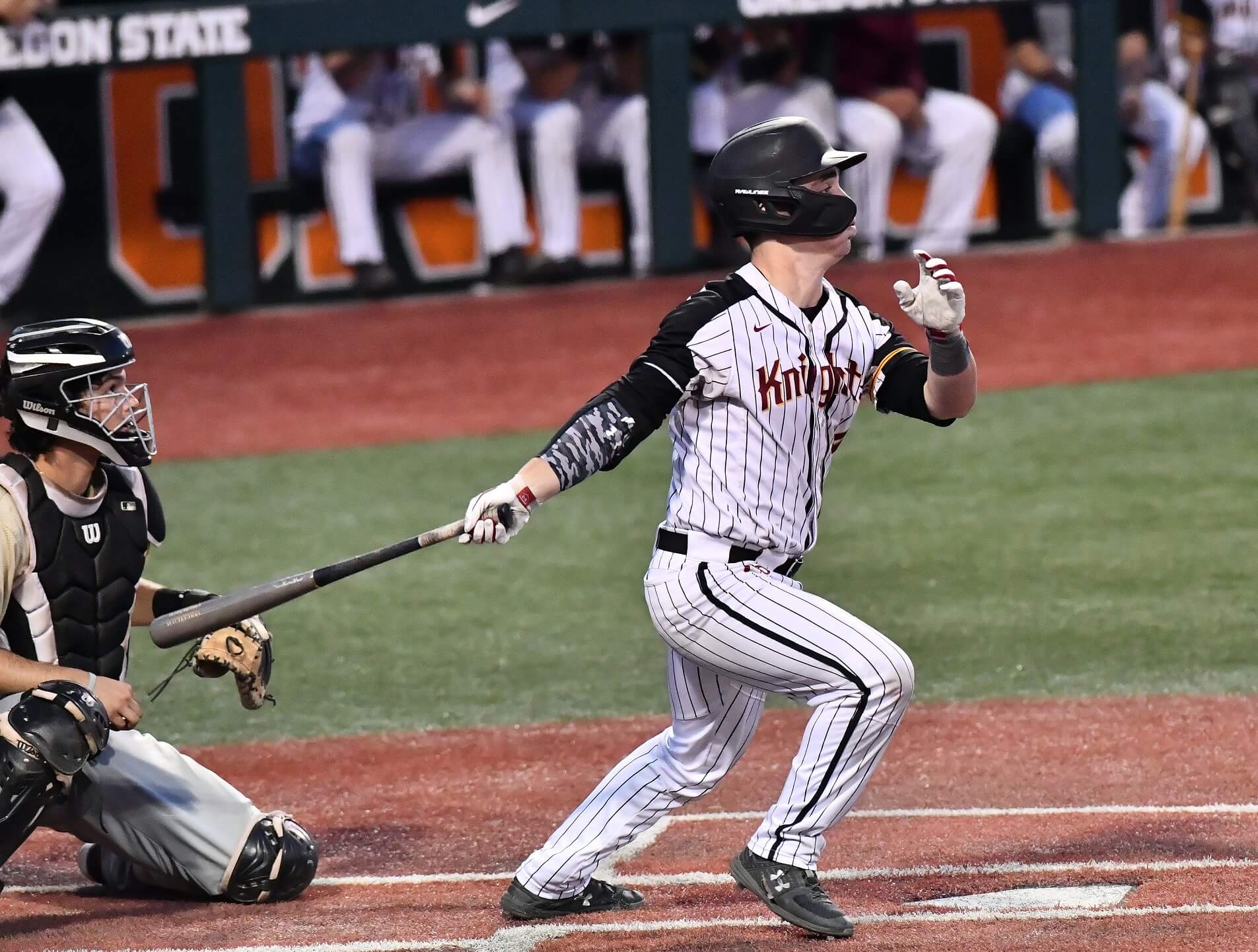 The 2019 All-West Coast League teams and annual awards were unveiled this morning, as announced by WCL commissioner Rob Neyer.

University of Utah slugger Briley Knight of the Corvallis Knights was selected as the WCL’s MVP. The sophomore-to-be for the Utes led the league in a number of offensive categories. He had the top on-base percentage (.460), slugging percentage (.621), along with the most total bases (113) and extra base hits (29). He also finished second in batting average (.357), RBIs (42) and had the third-most home runs (8) in the circuit.

Corvallis hurler Tevita Gerber captured the WCL Pitcher of the Year Award. Gerber compiled a 7-1 record with a 2.20 ERA. The Dixie State southpaw’s seven wins led the league and his ERA was second lowest in the WCL.

Brooks Lee of Corvallis was tabbed as the winner of the league’s Top Prospect Award. Lee was ranked by MLB.com as the No. 37 overall prospect going into this year’s MLB Draft. Despite being selected by the San Francisco Giants, the incoming freshman decided to head to college and play for his dad at Cal Poly San Luis Obispo. He thrived with the Knights this summer in his first taste of college baseball. The switch-hitter had a .342 batting average with 30 RBIs and played outstanding defense at shortstop.

Alan Miller of the Portland Pickles was selected by his peers as the WCL Executive of the Year.

In their inaugural season the Ridgefield Raptors were selection as the recipient of the Jim Dietz Team Sportsmanship Award.

The Corvallis Knights were the most represented squad on the All-WCL first team with eight selections.

*established in 2008, and named after the league’s inaugural commissioner Jim Dietz.