Anatomy of a Modern Baseball Game 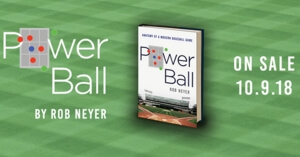 We invite all our West Coast League fans to order up and enjoy commissioner Neyer’s latest and greatest baseball gem. You can order at Amazon by clicking here or at indiebound.org.