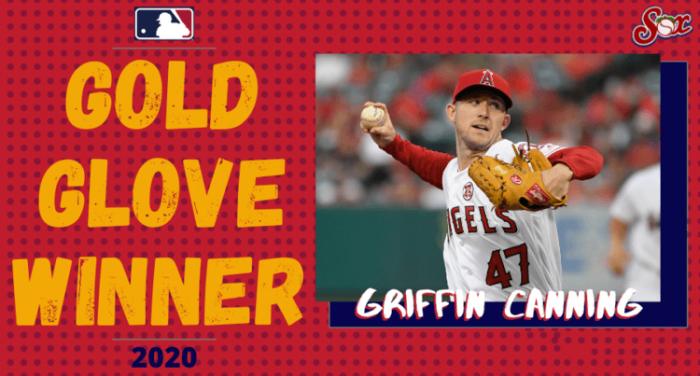 Canning wasn’t just superb defensively; he was also stellar on the mound. He went 2-3 with a 3.99 ERA and 56 strikeouts in 56.1 innings for the Los Angeles Angels. Canning posted lower marks in both ERA and FIP in his sophomore year compared to his rookie campaign.