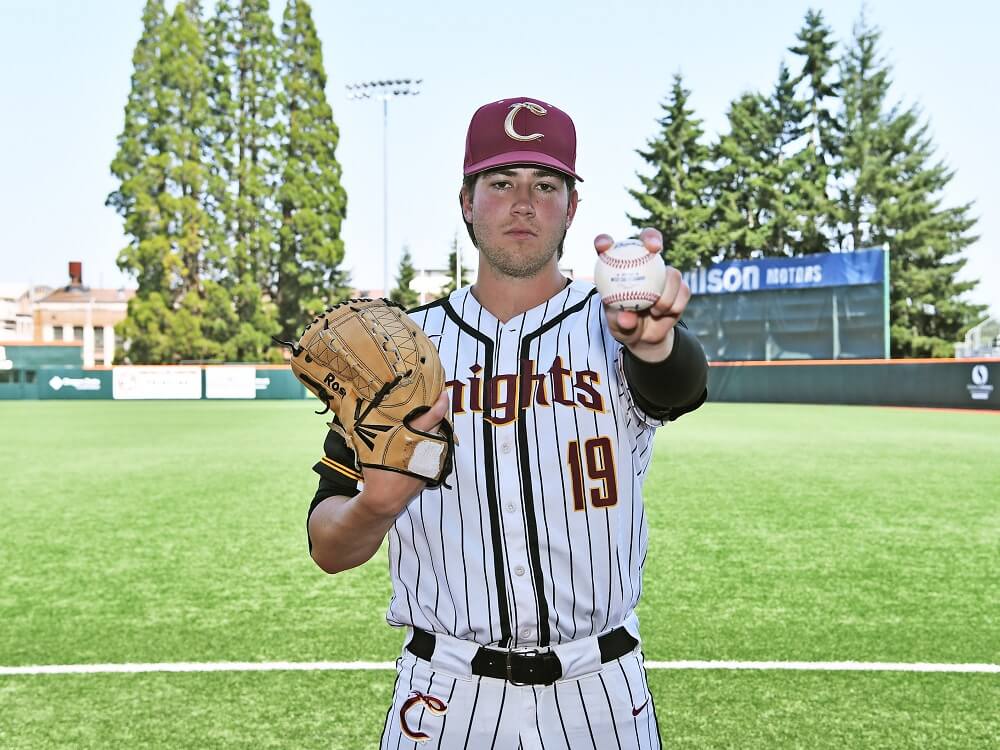 This marks the second straight Player of the Week laurels for Romero. In the Knights’ five postseason games, the rising sophomore went 10 for 22 with two home runs, three triples, and 10 RBI. As a freshman last spring at Central Arizona, Romero played in 59 games with a .322 batting average.

Meanwhile, it’s Ross’s second Pitcher of the Week selection, as he also earned the honor back in June. This time around, the southpaw was the winning pitching in the winner-take-all victory over Yakima Valley. He won both his playoff starts, allowing just one run in 10 innings, with 12 strikeouts. After pitching last spring at Washington State, Ross is slated to continue his college career this fall as a sophomore at San Jose State.