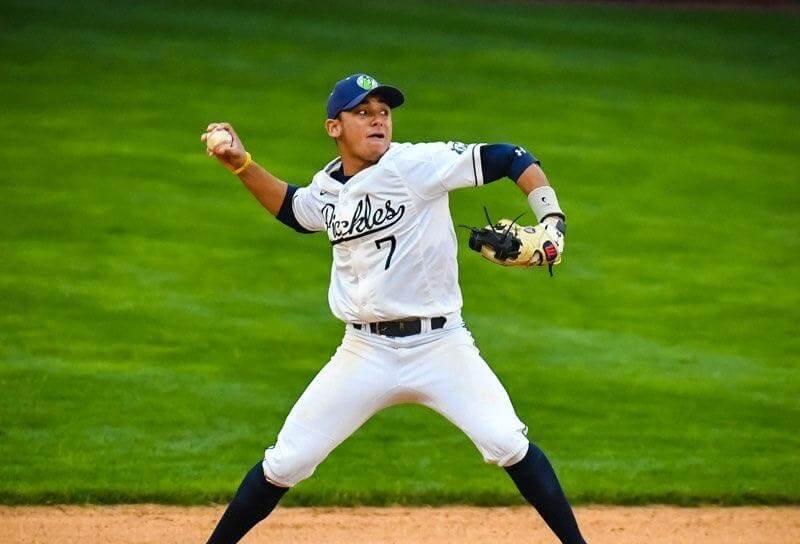 More West Coast League alums are gearing up to start their professional careers, signing as free agents with Major League organizations since the conclusion of MLB’s 2020 amateur draft. In addition to the five WCLers selected in this year’s five-round draft, 13 more players have now agreed to terms as non-drafted free agents.

The Portland Pickles and Victoria HarbourCats lead the way with three signings so far, including Gio Diaz (pictured). The Saint Mary’s standout, who earned All-WCL honors with Portland in 2018 and batted .396 with the Gaels this spring, is joining the defending World Series champion Washington Nationals.

Please check this page as more signings are announced, but here’s the updated list of WCL Non-Drafted Free Agent signees:

Mitchell Taken in First Round of MLB Draft