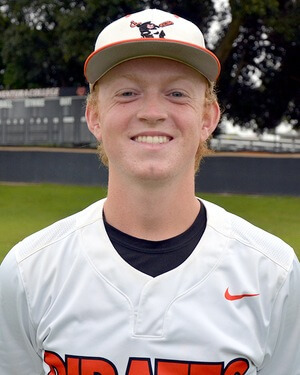 The West Coast League’s Moss Adams Player of the Week and Pitcher of the Week, as announced by league commissioner Rob Neyer, are Ventura College infielder John Oleson of the Cowlitz Black Bears and University of Antelope Valley pitcher Colby Ring of the Kamloops NorthPaws for the week of May 30-June 5.

This summer’s first position player pick was John Oleson, who went a blistering 11-for-12 on the road in the opening series of the season against the Springfield Drifters. Oleson had a 4-for-4 game at the plate with four runs batted in to help lead the Black Bears to the 8-7 victory on Sunday in the deciding game of series.

The slugger from Portland hit .368 in 40 games for Ventura College and received First Team All-Western State Conference honors this spring.

The inaugural pitching selection for 2022 is Colby Ring of Kamloops. The British Columbia native from Langley tossed six scoreless innings with eight strikeouts in the 1-0 win over the Edmonton Riverhawks on Thursday. The expansion NorthPaws are off to a hot start with a 4-1 record to begin their first campaign.

In the spring the southpaw went 2-0 in 15 appearances, which included throwing the first no-hitter in program history for the University of Antelope Valley.