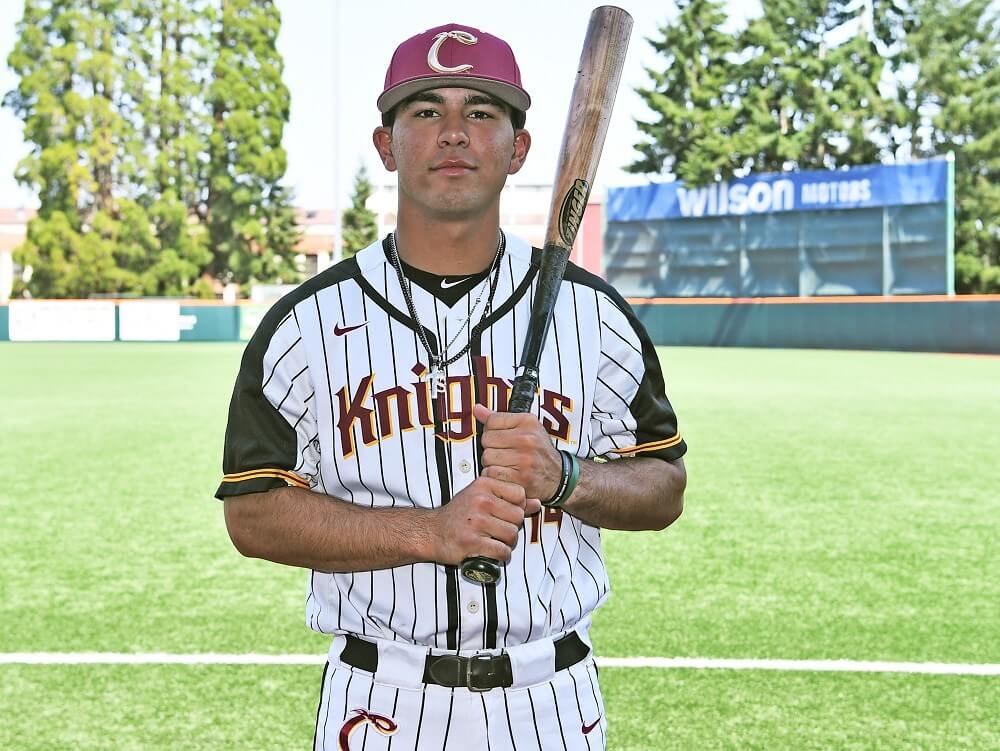 Romero and the Knights are heading to the West Coast League Championship Series after sweeping the Ridgefield Raptors in the Divisional Round. The rising sophomore powered Corvallis to the Game 1 win, hitting a grand slam and a triple while driving in five runs. As a freshman this spring he played in 59 games with a .322 batting average for Central Arizona.

Hope earned the win in Bellingham’s Game 1 victory over the Yakima Valley Pippins in the North’s Divisional Series. The junior-to-be allowed just one hit with five strikeouts in five scoreless innings. The Bells and Pippins are set to clash tonight in the deciding game of the series to see who will advance to face Corvallis in the WCLCS.

This spring with Bellevue College he went 3-2 with a 3.43 ERA. Hope is set to continue his college career with Lewis-Clark State in 2022.