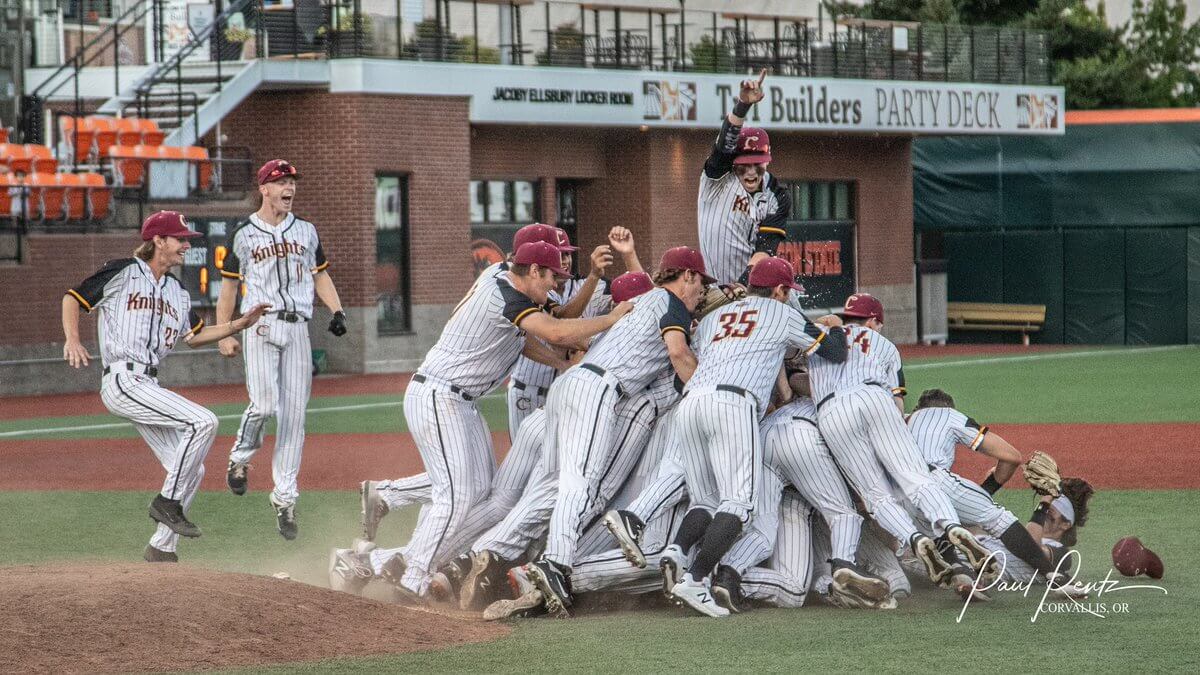 The Corvallis Knights are once again the champions of the West Coast League. The Knights beat the Victoria HarbourCats 11-1 on Sunday evening at Goss Stadium to clinch the team’s fourth consecutive title.

For more on the winner-take-all game, click here to see the recap from the Corvallis Knights and click here to read the game story from the Victoria HarbourCats.