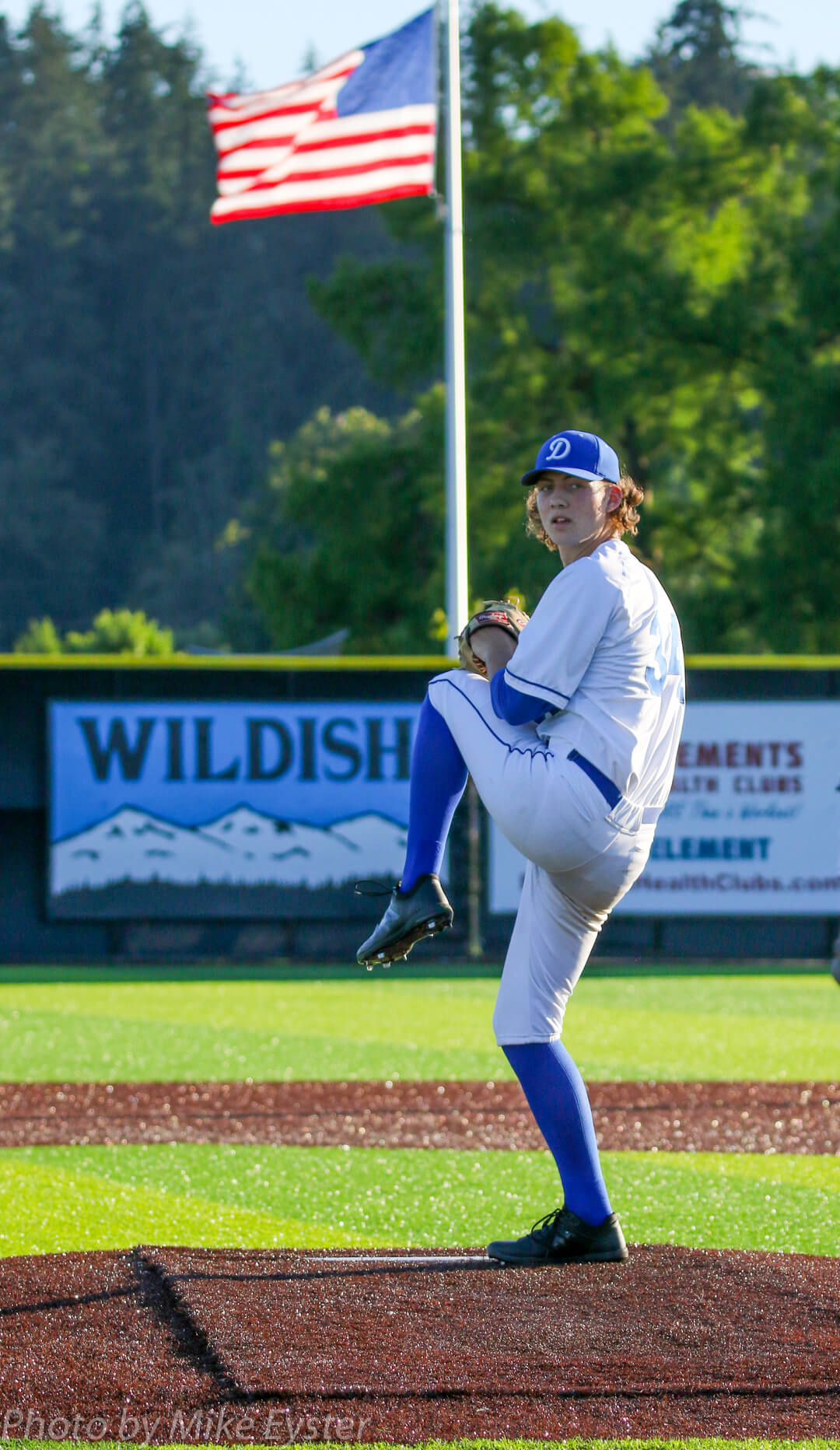 The West Coast League’s Moss Adams Player of the Week and Pitcher of the Week, as announced by league commissioner Rob Neyer, are the Wenatchee AppleSox’s Luc Stuka (Cal State Northridge) and the Springfield Drifters’ Theo Millas (uncommitted).

Stuka had a monster day at the plate Saturday, collecting five hits and driving in five runs against the Bend Elks. The five-hit performance was the first for Wenatchee since 2015. This week the California native went 11 for 24 with five walks. For the AppleSox this summer he is hitting .351 and has reached base in 13 of the 15 games he has played in.

The rising junior is set to play for Cal State Northridge in the upcoming season. This spring he garnered All-Orange Empire Conference first team honors after hitting .339 at Saddleback College.

Tuesday against Corvallis, Springfield’s Millas tossed seven scoreless innings and earned the win versus the Knights. A native of Burnaby, British Columbia, Millas has started four games for the Drifters and is 2-2 with a 2.73 ERA. Millas, who most recently pitched collegiately for LSU, is currently uncommitted for the 2023 season.