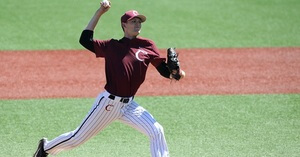 Knight is giving the ball to Corvallis Knights right-hander Landen Bourassa of University of San Francisco, who is 4-1 with a 2.55 ERA. He’s made 5 starts and logged 31.2 innings pitched this summer. This past spring as a junior at USF, Bourassa went 8-4 with a 3.02 ERA over 14 starts and 83.1 innings pitched.

The WCL All-Star Game is set for Tuesday, July 17 at Civic Field in Port Angeles. First pitch is 6:35 pm.

The 2018 WCL All-Star Game rosters are below:

* replaced
Note: Universities and colleges noted are where players will be enrolled this upcoming school year.