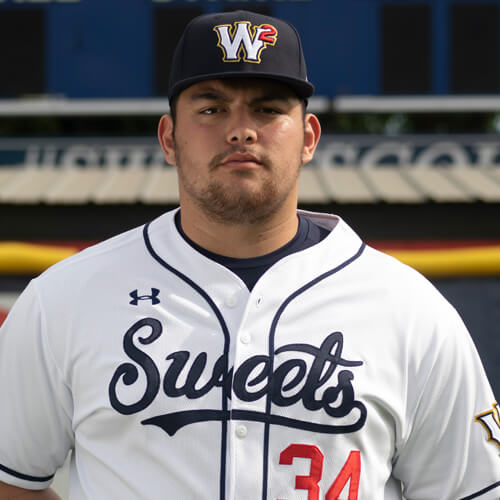 The West Coast League’s Moss Adams Player of the Week and Pitcher of the Week, as announced by league commissioner Rob Neyer, are Lewis-Clark State infielder Brock Ephan of the Walla Walla Sweets and Baylor pitcher Branson Wilson of the Victoria HarbourCats for the week of July 29-August 4.

Ephan went 10-for-25 with 11 RBIs this past week for the Sweets. He also drew six walks and scored seven runs during the seven-game stretch. He is hitting .276 with five home runs in 33 games so far this summer for Walla Walla.

He will be entering his senior year with the Warriors this upcoming season after redshirting this last spring.

Wilson dazzled in his start on Saturday against the Bellingham Bells. The Fort Worth native picked up the win after throwing a complete game on the road. He limited the Bells to just one run on four hits. In nine outings this summer for the HarbourCats he is 1-0 with 1.19 ERA.

This past spring he redshirted during his first season at Baylor.