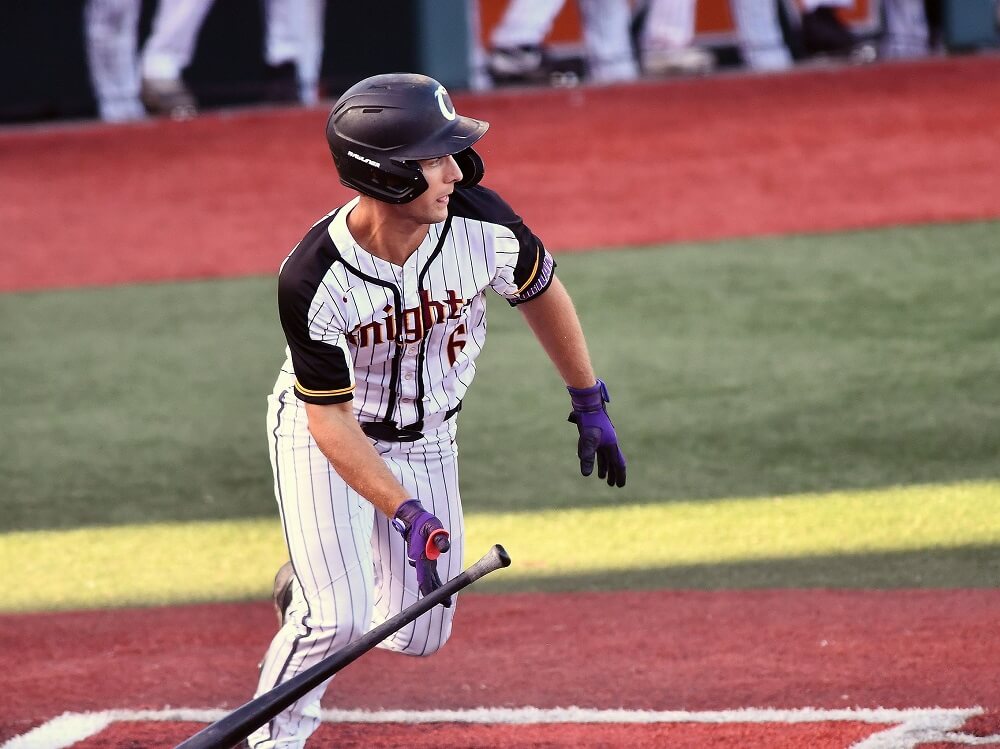 The Knights, winners of the last five WCL championships, reached the title game by taking two of three games from Yakima Valley in their divisional series, then topping the Ridgefield Raptors in the South Division championship game.

The Bells, who last won the WCL championship in 2014, gained home-field advantage in the North playoffs with their first-half title, then swept Victoria in two games before gaining a taut victory over Wenatchee to earn a date with the Knights.

Erdman, who recently committed to Bellevue College (Wash.) for the coming school year, pitched in 10 games for the Bells this summer and struck out 32 batters in 28 innings on his way to a sterling 2.25 ERA.

Scott, who’s committed to Stanford this fall as an incoming freshman, pitched in seven games for the Knights during the regular season, and struck out 20 in 19 innings. With the Knights on the brink of elimination in their first-round playoff series, Scott earned the win with 3-⅓ perfect relief innings. Earlier this year, the 6’6” right-hander was ranked as the #1 prospect in Connecticut, and was drafted by the Texas Rangers but did not sign professionally.

“I couldn’t be happier with our new postseason format,” said Commissioner Rob Neyer. “We wanted more teams, more great games, and more excitement. We’ve gotten all that and more, and I look forward to a tremendously competitive championship game.”

Monday’s West Coast League Championship Game will be livestreamed on the Knights’ YouTube Channel, and you can also listen via Corvallis’s 1240 JOE Radio or Bellingham’s K-Bay Radio. Live stats can be found here.