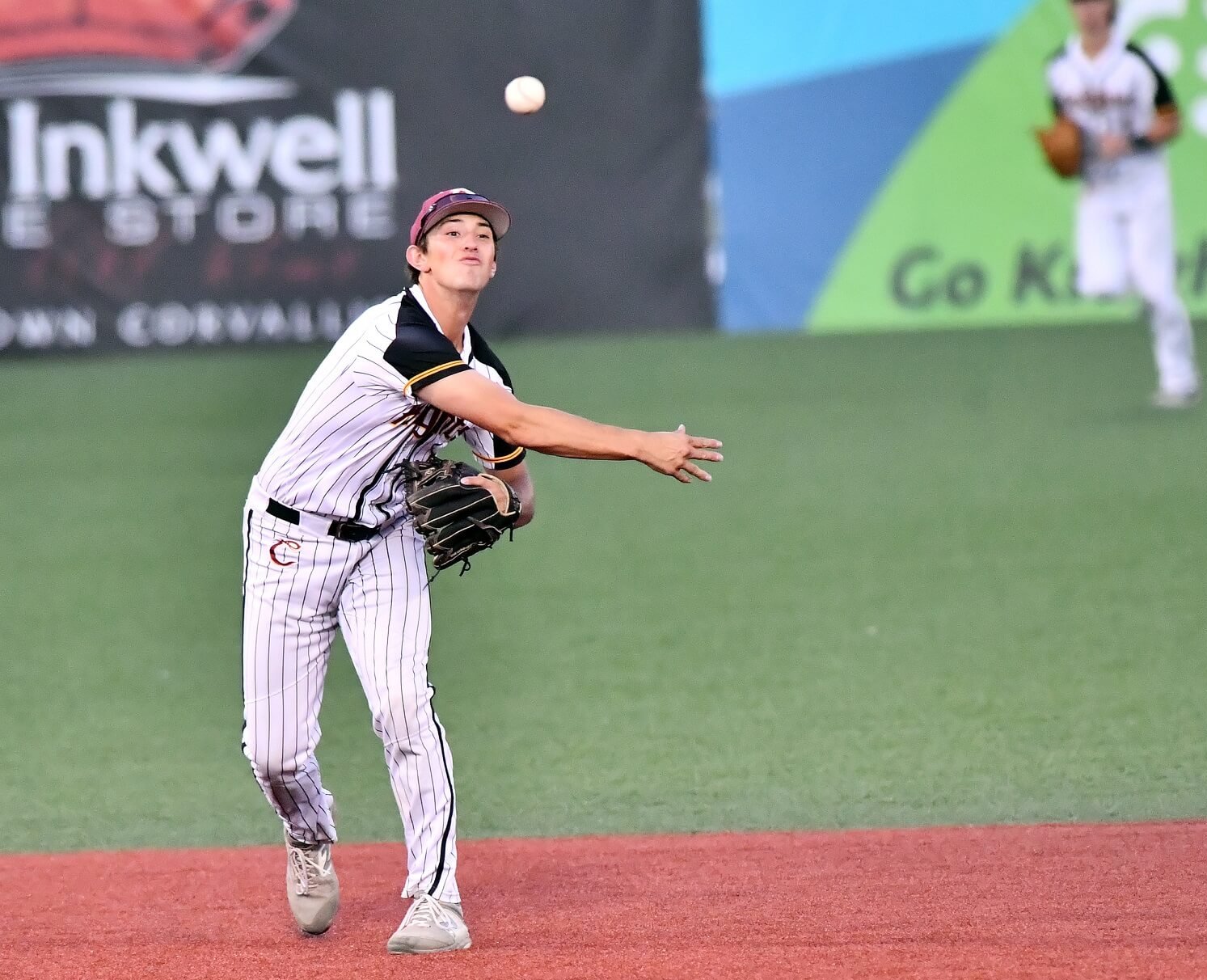 With the championship-winning Corvallis Knights in 2019, the switch-hitting Lee earned the WCL’s Top Prospect Award after hitting .342 with 30 RBIs and playing sterling defense at shortstop. Ranked by MLB.com as the No. 37 overall prospect entering the 2019 MLB Draft, Lee didn’t sign after being selected by the San Francisco Giants, instead attending Cal Poly to play for his father, head coach Larry Lee, after his summer with the Knights.

“Brooks is obviously a unique talent,” said Knights head coach Brooke Knight. “His approach at the plate is advanced beyond his peers, and he couples that with a real knack to barrel the baseball. Defensively, he understands the tempo of the game and always seems to have his feet in the right place. Most importantly, his elite baseball aptitude is an 80 grade across the board. He’s a true student of the game and has been mentored by the best, his father.”

“One of the great pleasures of my job,” said WCL Commissioner Rob Neyer, “is seeing all the tremendous young talent in our league. But even among that talent, Brooks absolutely stood out when I saw him in the summer of 2019. I wasn’t smart enough to know he’d be drafted No. 8 someday. But I knew he was among the best young players I’ll ever be lucky enough to see up close.”

Hughes, who emerged as Gonzaga’s Friday starter this spring, pitched in 13 games for the Bellingham Bells in 2019. A Golden Spikes Award semifinalist, Hughes was named an All-American by D1Baseball.com, Collegiate Baseball Newspaper, and Baseball America after finishing the season ninth in the nation with 138 strikeouts.

As the 10th overall pick, Hughes now ranks as the highest-drafted Zag in program history.

The MLB Draft will continue on Monday, featuring rounds 3 through 10, before concluding on Tuesday with rounds 11 through 20. Please continue to check westcoastleague.com for an updated list of former WCL players selected in this year’s draft.