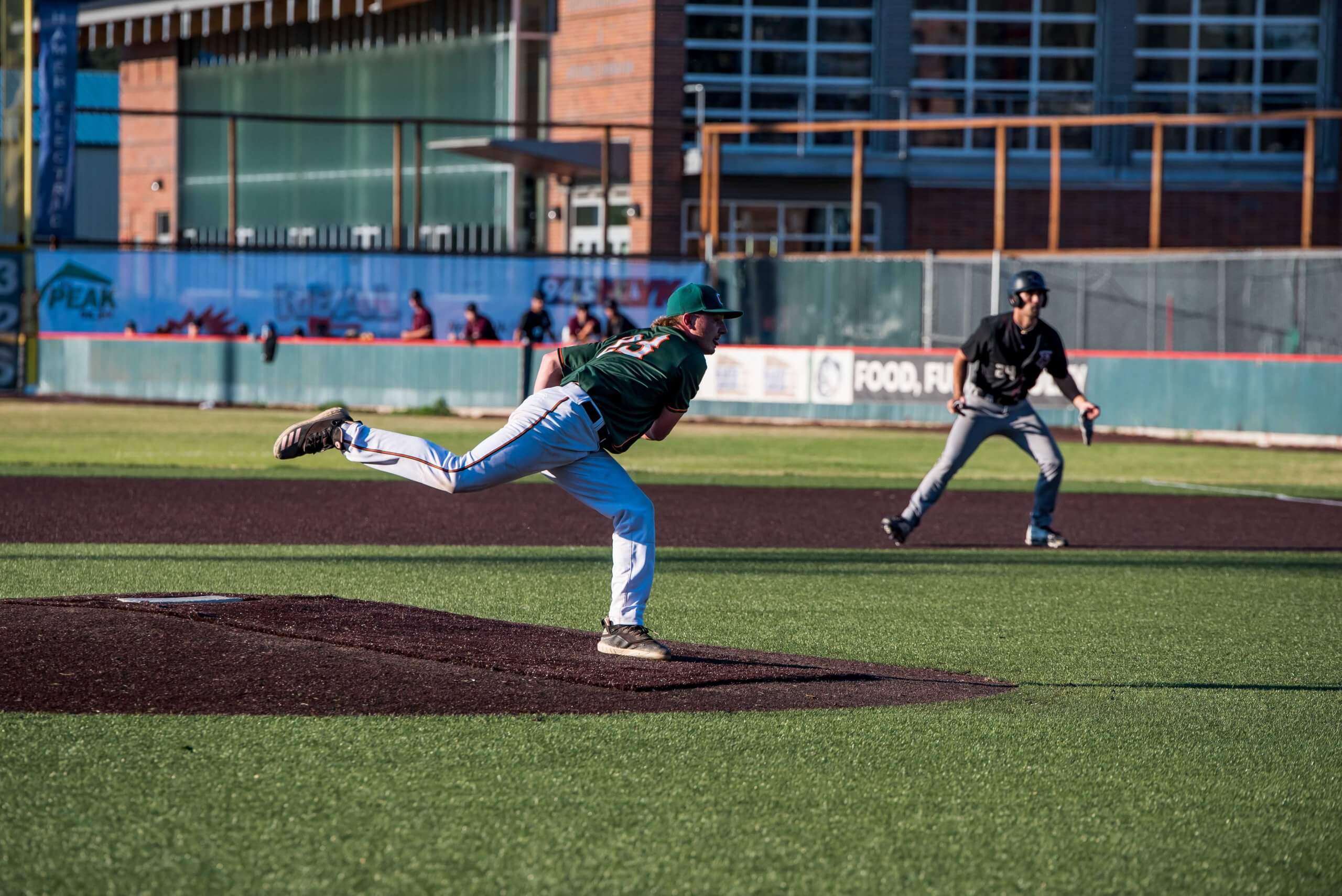 Peck played a crucial role in the Raptors’ sweep of the Port Angeles Lefties. The Pepperdine sophomore-to-be went 7 for 14 with two home runs and six runs batted in during Ridgefield’s three League games. As a freshman this spring, Peck batted .256 while starting all of the Waves’ 45 games.

Meanwhile, Saturday night Cowlitz’s Davis left the Yakima Valley Pippins feeling kind of blue. Through seven innings, Davis was cookin’ with a dozen strikeouts and a no-hitter. After the Pippins’ Alex Shanks led off the eighth with a clean single, Davis was played off the field by a standing ovation from the hearty Cowlitz crowd, and two Cowlitz relievers finished the team shutout with a pair of clean innings.

The California native is slated to join CSU Bakersfield this fall, after two seasons with Feather River Community College. At Feather River this spring, Davis was miles ahead of Golden Valley Conference hitters, going 5-1 with 52 strikeouts in 40 innings.