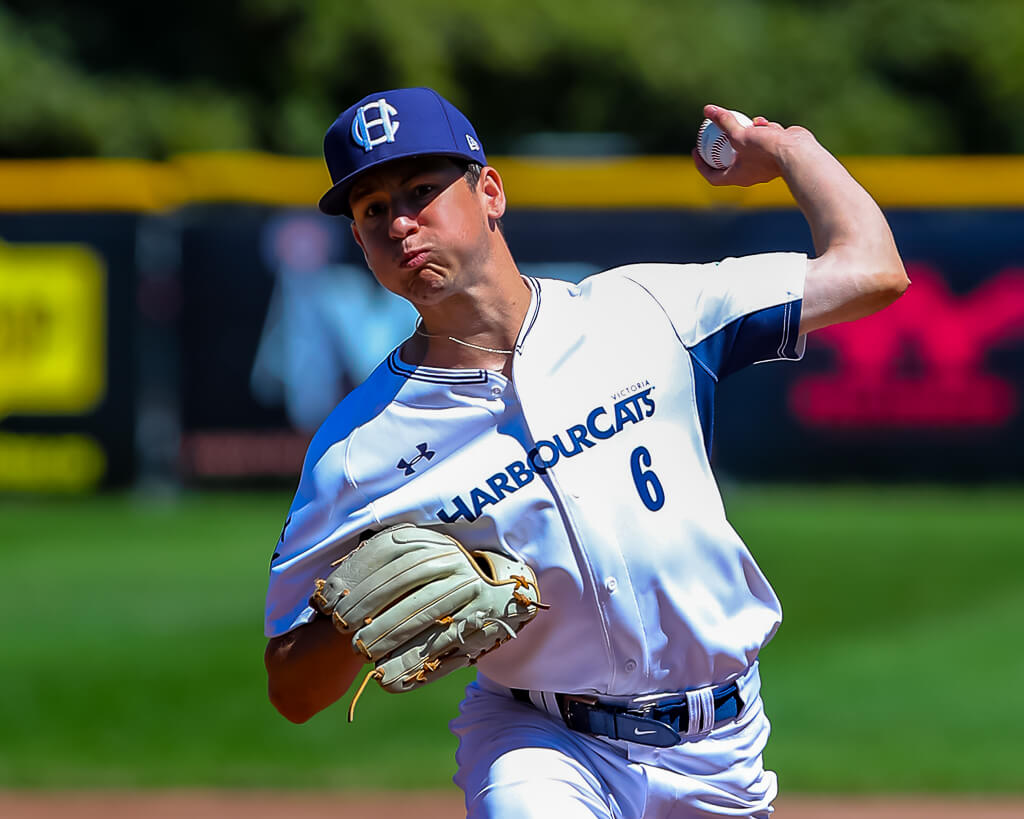 Both Walker and Taylor played crucial roles in the HarbourCats’ playoffs push, which culminated with a victory in a winner-take-all showdown on Sunday against the Edmonton Riverhawks. Tuesday, Victoria will host the Bellingham Bells in the opener of their divisional playoff series.

Last week, Walker went 12 for 26 while driving in six runs. He had a monster day at the plate in a Wednesday win over Bellingham, going 4 for 5 with two doubles and four RBI. The Victoria native is hitting .300 in 31 games for his hometown HarbourCats this summer. A rising junior, Walker appeared in 37 games and batted .237 last spring with Sacramento State.

Taylor delivered a pair of clutch performances during the season’s final week. The southpaw earned the win in each of his two outings, including Sunday’s showdown in the finale against Edmonton. The Kirkland, Washington native has been a key addition down the stretch for the HarbourCats, making his debut with the team just last Wednesday. Taylor, who did not pitch this spring, is set to return to Edmonds College this fall.