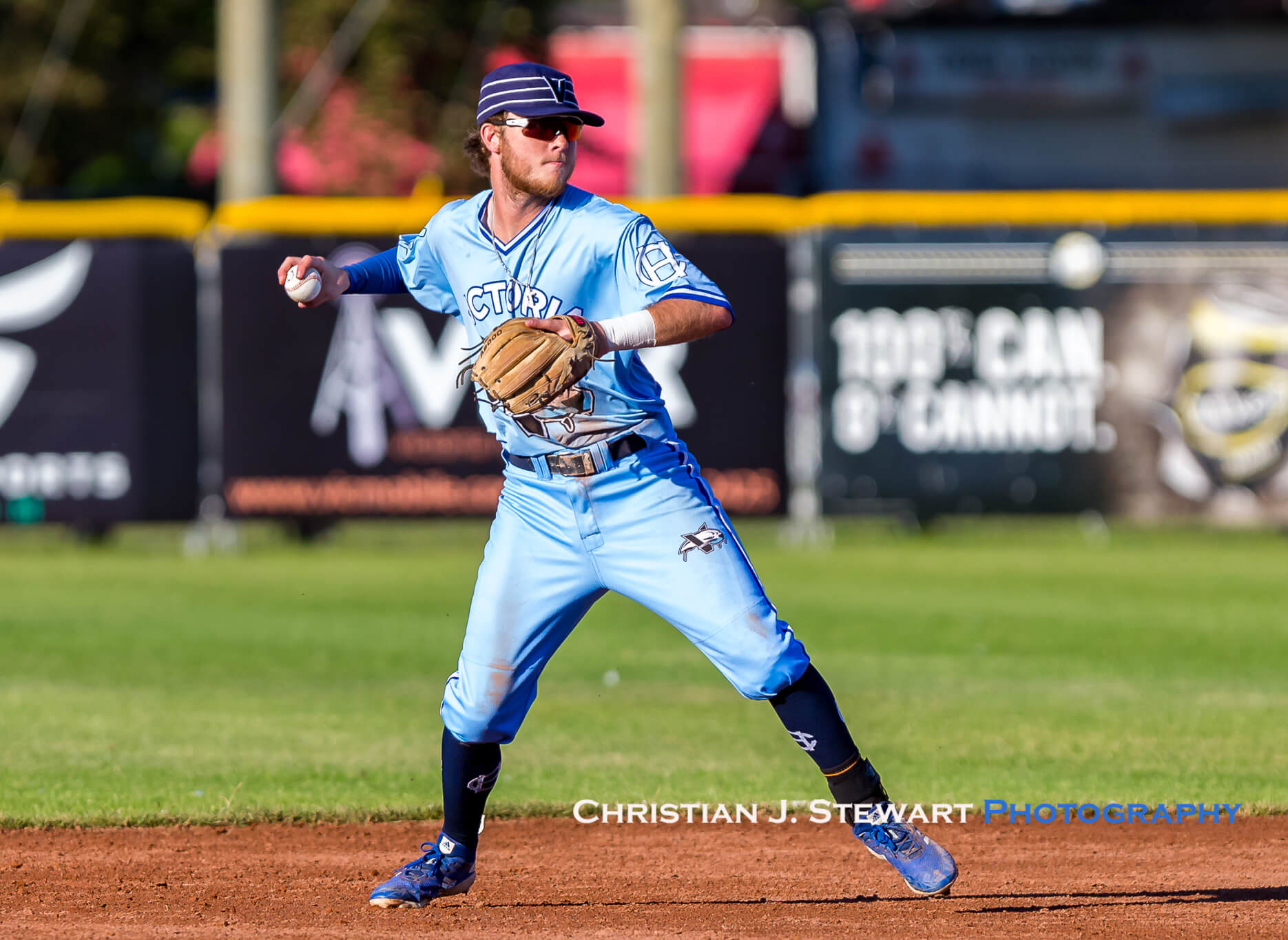 The West Coast League’s Moss Adams Player of the Week and Pitcher of the Week, as announced by league commissioner Rob Neyer, are Angelo State infielder Parker Bramlett of the Victoria HarbourCats and Grand Canyon pitcher Michael Perzan of the Portland Pickles for the week of June 24-30.

Bramlett went 8-for-18 at the plate while drawing seven walks and scoring seven runs this past week for the HarbourCats. With the help of Bramlett’s impressive stretch Victoria has put together a six-game winning streak. The HarbourCats are now in first place in the North Division with a one-game lead on the Bellingham Bells.

The Texas native had a .330 batting average in 55 games for Angelo State this spring.

For Perzan, he joins Titus Groeneweg as the second Portland hurler to earn Pitcher of the Week honors this summer. The southpaw tossed ten scoreless innings while surrendering just two hits this past week. So far this season he is 2-0 with a 2.45 ERA in five appearances for the Pickles

As a freshman this spring he went 1-0 in seven outings for Grand Canyon.