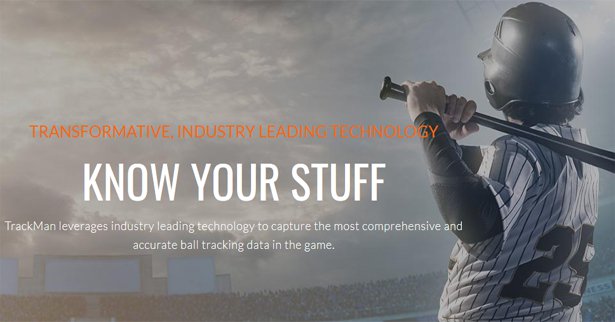 Cutting-edge technology will be implemented at five more West Coast League stadiums this summer with the league’s announcement today of an expanded agreement with TrackMan. The company’s 3D Doppler radar system, which is used by all 30 Major League Baseball teams, precisely measures the location, trajectory and spin rate of hit and pitched baseballs. The data provided by TrackMan’s system serves as an additional tool to assist in player development and evaluation by objectively measuring on-field performance.

“As Commissioner, one of my highest priorities is making the West Coast League the tech-friendliest collegiate summer league in America, and our new partnership with TrackMan is a tremendous step in that direction,” said Rob Neyer. “The West Coast League features some of the finest amateur talent in the country, and now every Major League Baseball front office will have the chance to see exactly what our players can do.”

Last fall, the West Coast League and TrackMan entered into negotiations to expand TrackMan coverage in 2019, and recently the parties signed a Memo of Understanding that stipulates the installation of TrackMan technology in five additional West Coast League ballparks for this season. All parties are working toward 100% West Coast League coverage, perhaps as soon as 2020. In the meantime, TrackMan will serve as the “exclusive tracking provider to measure the speed, spin and movement of pitched and batted baseballs during all West Coast League scheduled games.”

The West Coast League-TrackMan relationship began in 2018, when TrackMan turned on the existing equipment in Oregon State’s Goss Stadium that was used in the summer by the Corvallis Knights.

“We had a good experience working with the Knights last season and the MLB teams we work with showed a strong appetite for their data, so we are very excited to be expanding our coverage of the WCL,” said TrackMan Baseball general manager John Olshan. “This is a great opportunity. Not only will the players and coaches benefit from having access to TrackMan data for player development, but the players will also be evaluated by MLB clubs that will have access to data from the WCL in the same form, format and measuring system that they use throughout their minor league systems.”

The 2019 WCL season gets underway on June 4, with all 12 teams in action to begin the campaign.

TrackMan Baseball’s industry leading technology drives the next generation of baseball statistics and analytics. We help you unleash your baseball potential whether you’re on the field, in the dugout, or in the front office. Baseball insights powered by TrackMan allow players at all levels to transform and develop their game, ensures coaches and managers can best evaluate players and situations to make crucial baseball decisions, and helps entertain baseball fans.

TrackMan Baseball works with the best in baseball at all levels, including every MLB team, many of the top Japanese and Korean professional teams, dozens of the best NCAA teams and all of the leading US amateur baseball organizations.

At the heart of TrackMan Baseball is patented, transformative and industry leading technology, including 3D Doppler radar. This professional grade technology in use at the highest level of the game is now available to thousands of amateur baseball players across the United States. Players at all levels can measure, evaluate and interact like the pros.
About the West Coast League: