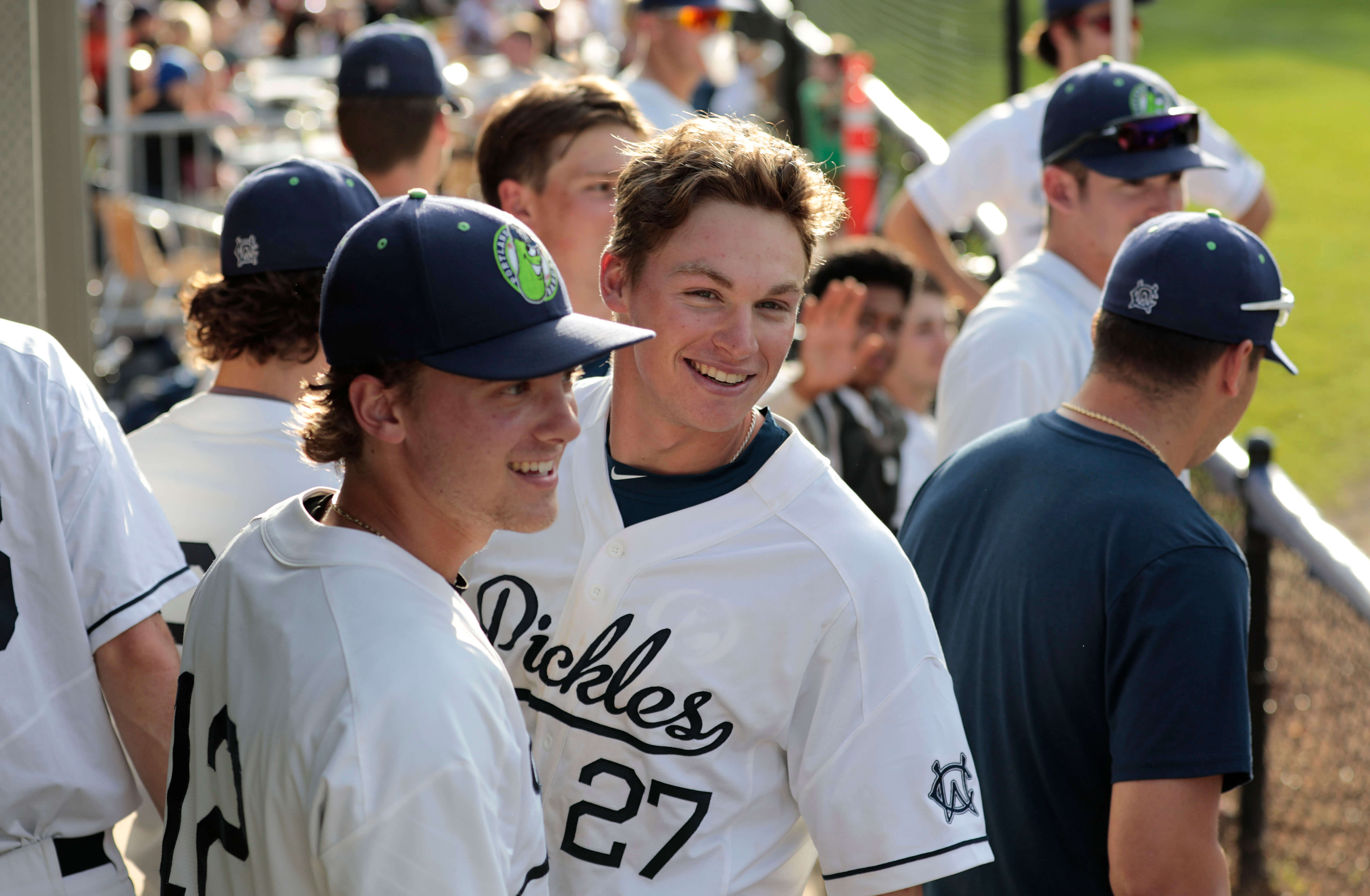 The West Coast League’s Moss Adams Player of the Week and Pitcher of the Week, as announced by league commissioner Rob Neyer, are UC Irvine outfielder John Jensen of the Portland Pickles and Mt. Hood Community College pitcher Hayden Minich of the Ridgefield Raptors for the week of August 5-August 11.

Jensen went 13-for-25 this past week for the Pickles. He also drew five walks and scored nine runs during the six-game stretch. He finished the summer with a .338 batting average and seven home runs in 40 games.

He will be entering his senior year with the Anteaters this upcoming season. Last spring the Santa Barbara native hit .200 in 32 games for UC Irvine.

Minich capped off the regular season on a high note for the Raptors. On Monday he tossed Ridgefield’s first-ever complete game against the Walla Walla Sweets. He earned a win in each of his final three outings of the regular season. Over ten appearances this summer he went 4-1 with a 4.82 ERA.

The WCL playoffs will begin on Tuesday. The Wenatchee AppleSox will clash with the Victoria HarbourCats and the Walla Walla Sweets will battle the Corvallis Knights. Both series will be best-of-three. The winners will move on to play in the WCL Championship Series.