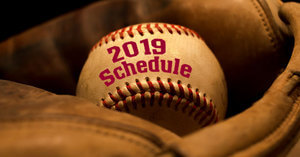 Located in the beautiful Pacific Northwest and established in 2005, the premier summer collegiate baseball circuit west of the Mississippi showcases top collegiate baseball players from across North America in 12 markets throughout Washington, Oregon and British Columbia, Canada.

The WCL’s newest team, the expansion Ridgefield Raptors, will play in the WCL’s South Division. The Raptors addition allows the league to have a balanced divisional alignment, featuring two six-team divisions. Ridgefield will play their first game in franchise history at home on June 4 against the Yakima Valley Pippins.

This summer’s WCL All-Star Game will be hosted by the Bend Elks on Tuesday, July 23 at Vince Genna Stadium.

Member clubs have the option to add non-counting, non-league games to their schedules. These out-of-league contests get added after the release of the official WCL schedule.