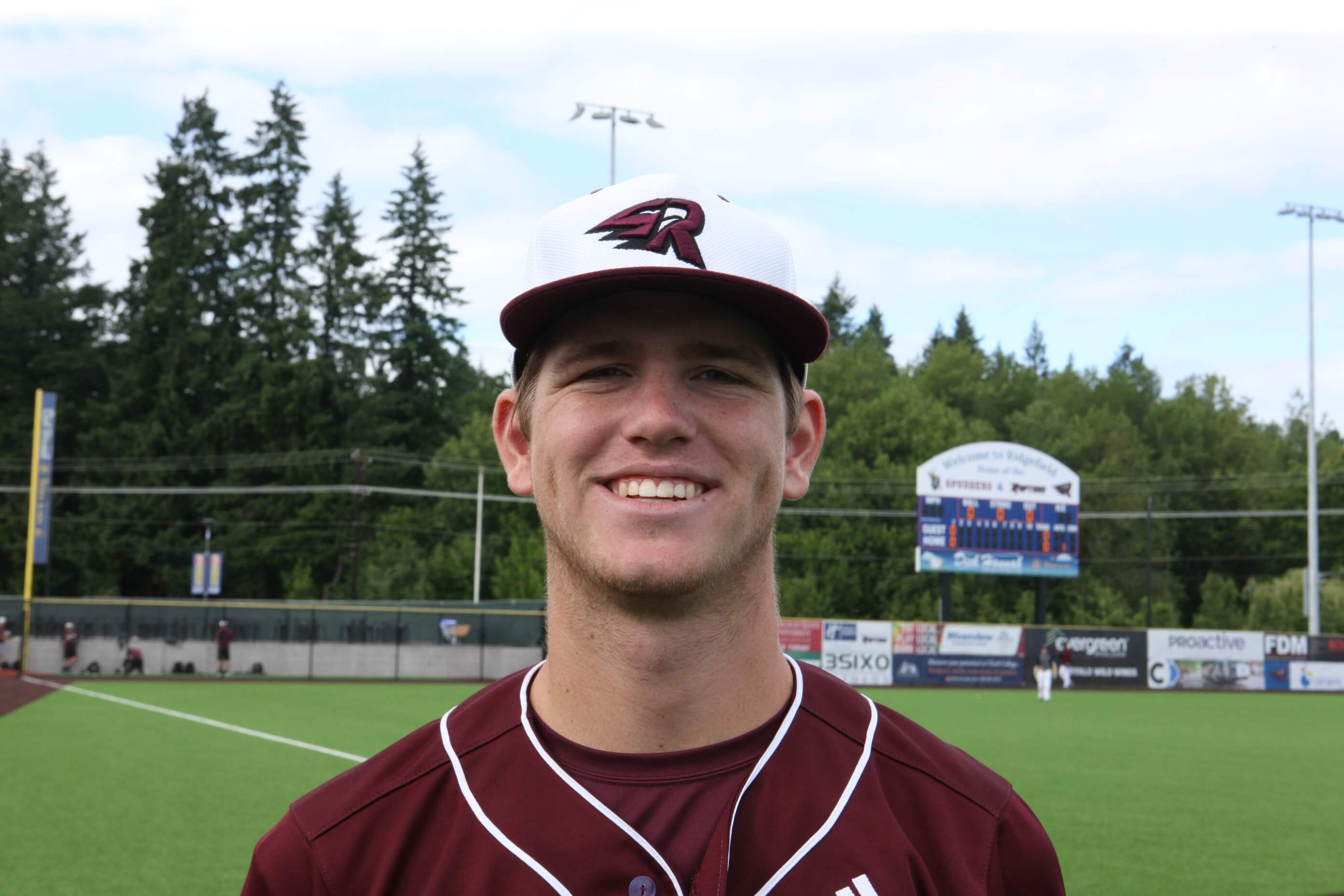 The West Coast League’s Moss Adams Player of the Week and Pitcher of the Week, as announced by league commissioner Rob Neyer, are Cal State Fullerton infielder Cameron Repetti of the Ridgefield Raptors and Mesa Community College pitcher Michael Hansell of the Bend Elks for the week of July 22-28.

Repetti went 8-for-13 with 8 RBIs this last week for Ridgefield. He is the first player for the expansion Raptors to receive WCL weekly honors. In addition to his success at the plate, the California native is also a two-way player for Ridgefield. On the mound he is 2-1 with ten saves and a 2.70 ERA this summer.

The incoming freshman for Cal State Fullerton was selected by the San Francisco Giants in the 36th round of this year’s Major League Baseball Draft. This last spring he was named the California Interscholastic Federation Southern Section Division I Player of the Year after an outstanding season at Cypress High School.

Hansell twirled a gem in a complete game performance against the Corvallis Knights. He limited Corvallis, the team with the best overall record in the WCL, to just one run over nine innings while striking out seven batters. His is only the fourth pitcher in the league this season to throw a complete game.

This past season for Grand Canyon University he appeared in three games for the Antelopes. The sophomore-to-be will be heading into his first campaign at Mesa CC this upcoming spring.