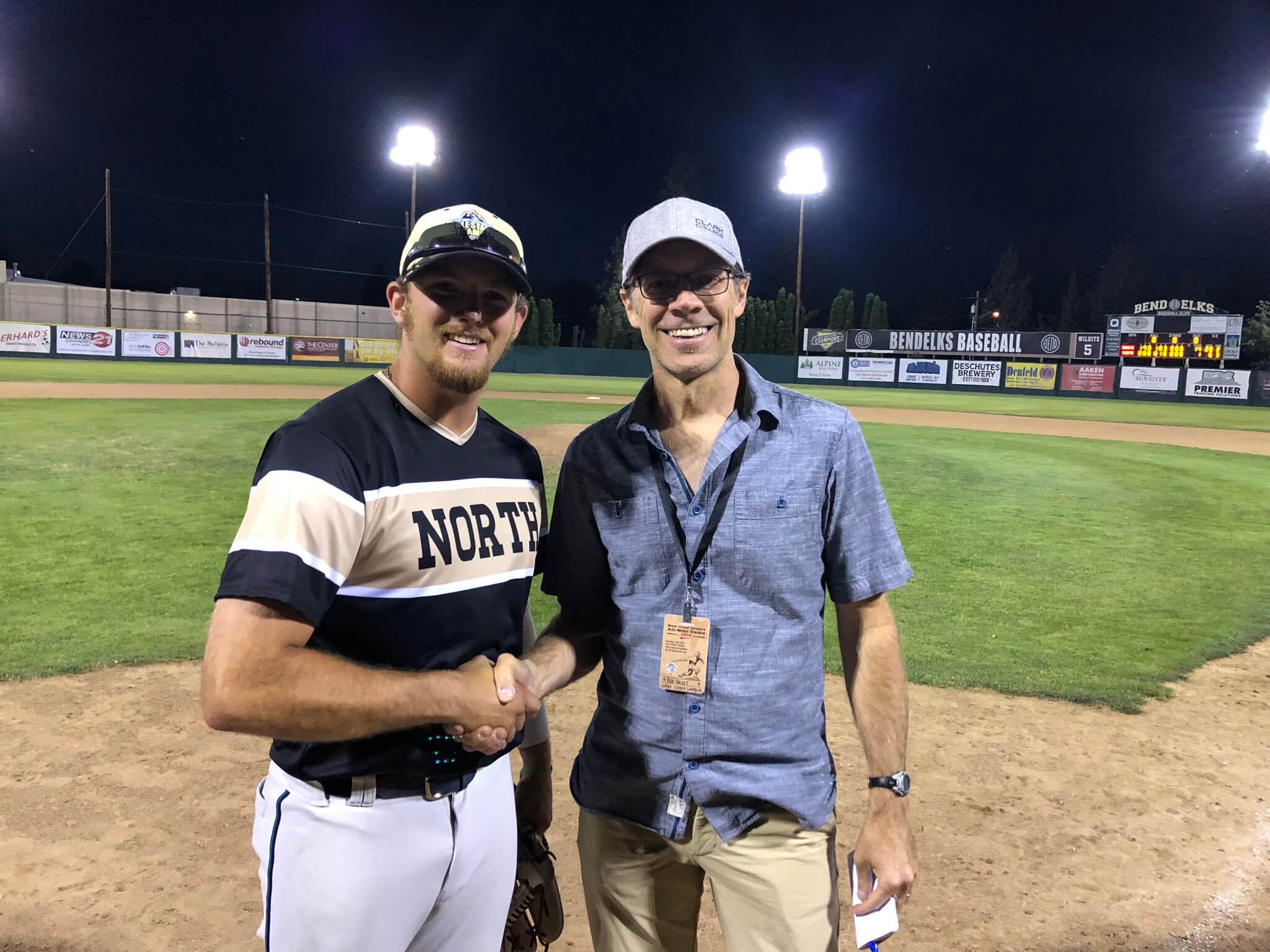 One big inning helped to lift the North to the 14-1 win over the South at the 2019 West Coast League All-Star Game on Tuesday night in front of 2,284 fans at Vince Genna Stadium in Bend. The North’s early lead expanded with a nine-run top of the second inning to give the squad a double-digit edge.

The explosive top of the second inning allowed the North to seize control of the game, giving them a lead they would not relinquish the rest of the night.

A number of sluggers for the North had standout performances. Wenatchee’s Ryan Altenberger (Xavier) went 2-for-4 and hit a three-run home run in the top of the sixth inning. Altenberger had a game-high 4 RBIs.

Both Bellingham’s Jack Machtolf (Gonzaga) and Victoria’s Parker Bramlett (Angelo State) each had four hits. Machtolf took home MVP honors for his outstanding game. He went 4-for-5 at the plate with four RBIs.

The MLB scouts in attendance at Vince Genna Stadium selected Brooks Lee (Cal Poly) of Corvallis as the All-Star Game’s Top Prospect. Lee was ranked by MLB.com as the No. 37 overall prospect going into this year’s MLB Draft. Despite being selected by the San Francisco Giants, the incoming freshman will head to college and play for his dad at Cal Poly San Luis Obispo.