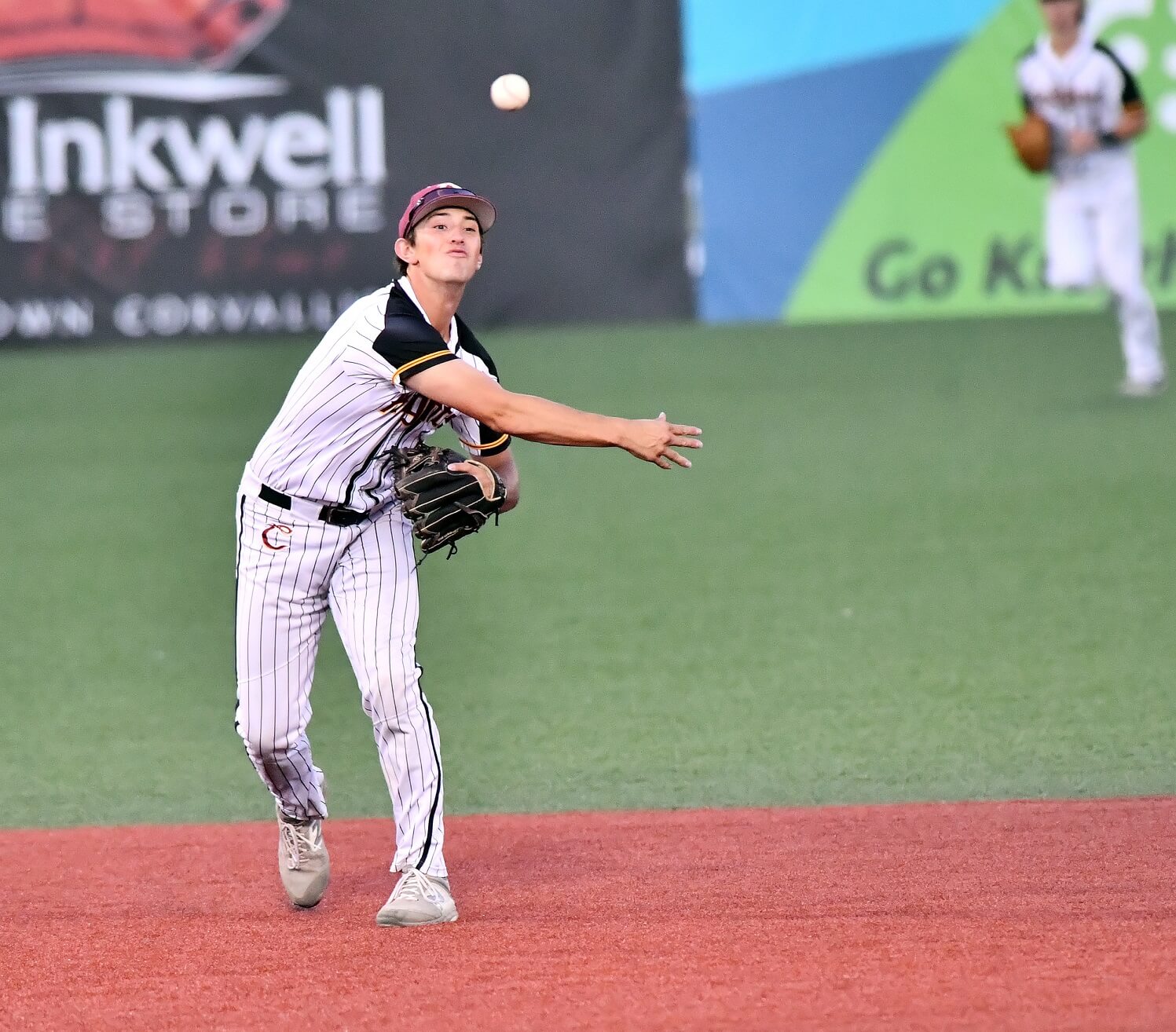 Perfect Game announced on Tuesday their list of the top prospects in the WCL this summer. The list, which was compiled by former Wenatchee AppleSox player Connor Spencer, named Brooks Lee of the Corvallis Knights as the top prospect.

Lee was ranked by MLB.com as the No. 37 overall prospect going into this year’s MLB Draft. Despite being selected by the San Francisco Giants, the incoming freshman decided to head to college and play for his dad at Cal Poly San Luis Obispo. He thrived with the Knights this summer in his first taste of college baseball. The switch-hitter had a .342 batting average with 30 RBIs and played outstanding defense at shortstop.

Click here to view the full story from Perfect Game.