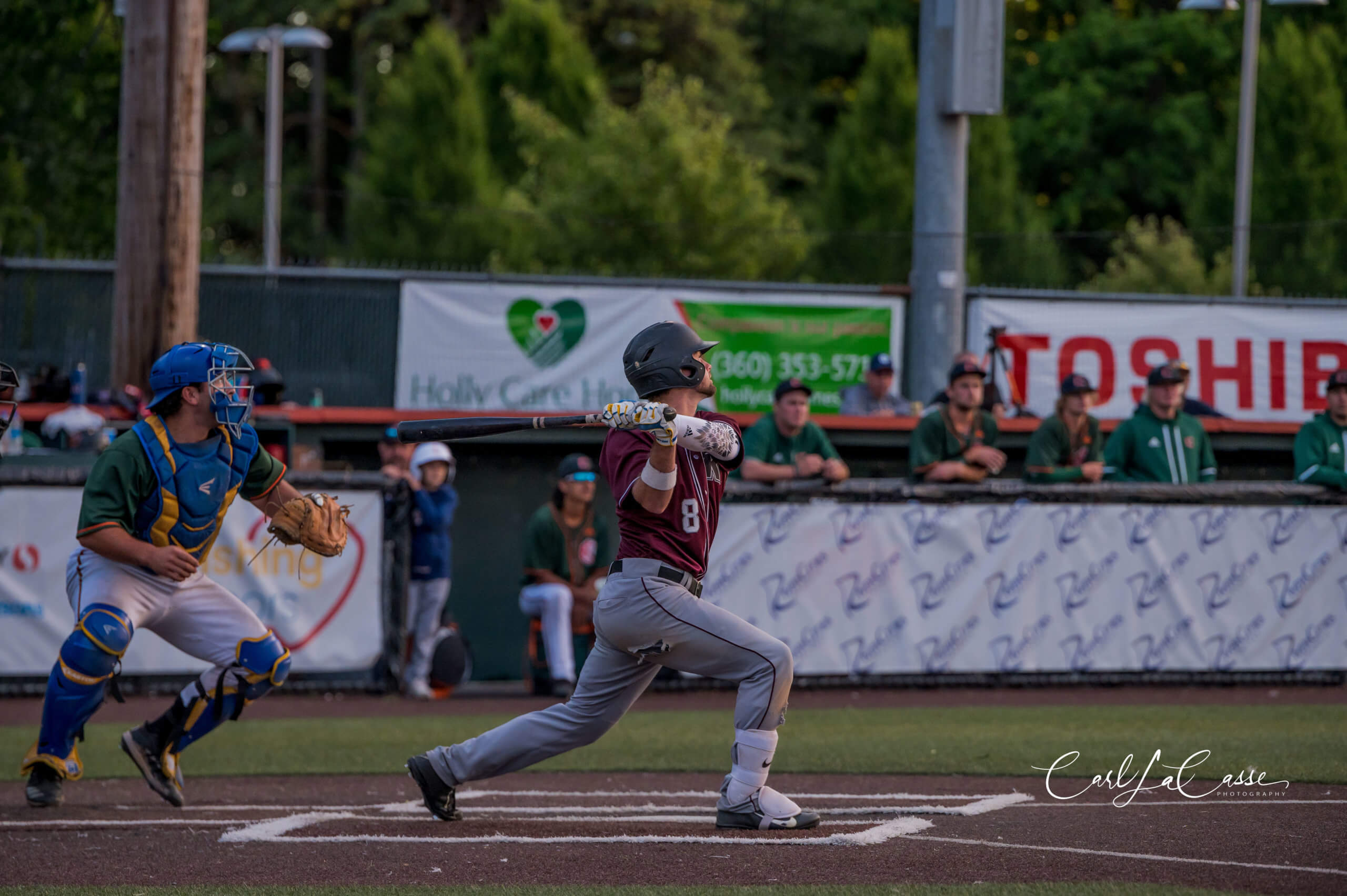 The West Coast League’s Moss Adams Player of the Week and Pitcher of the Week, as announced by league commissioner Rob Neyer, are the Ridgefield Raptors’ Trent Prokes (Modesto JC) and the Victoria HarbourCats’ Andre Duplantier (Texas).

Prokes went 12 for 23 with four doubles last week for the Raptors. Sizzling hot throughout the season, the Modesto, California native sports the WCL’s top batting average, hitting .413 in 33 games. In addition to his plate success, Prokes also has three scoreless mound appearances for Ridgefield. This spring he batted .269 for Modesto JC and also finished with 3.00 ERA in 13 outings.

Duplantier pitched 11.2 innings last week, while striking out 10 in two games. Sunday, the rising sophomore earned the win while surrendering just one run in 7.2 innings in front of a big crowd in Edmonton. Overall this summer, Duplantier is 3-0 with a 1.98 ERA in 5 games for the HarbourCats. This spring, the hurler from the Lone Star State went 3-1 in 17 outings for the Texas Longhorns.