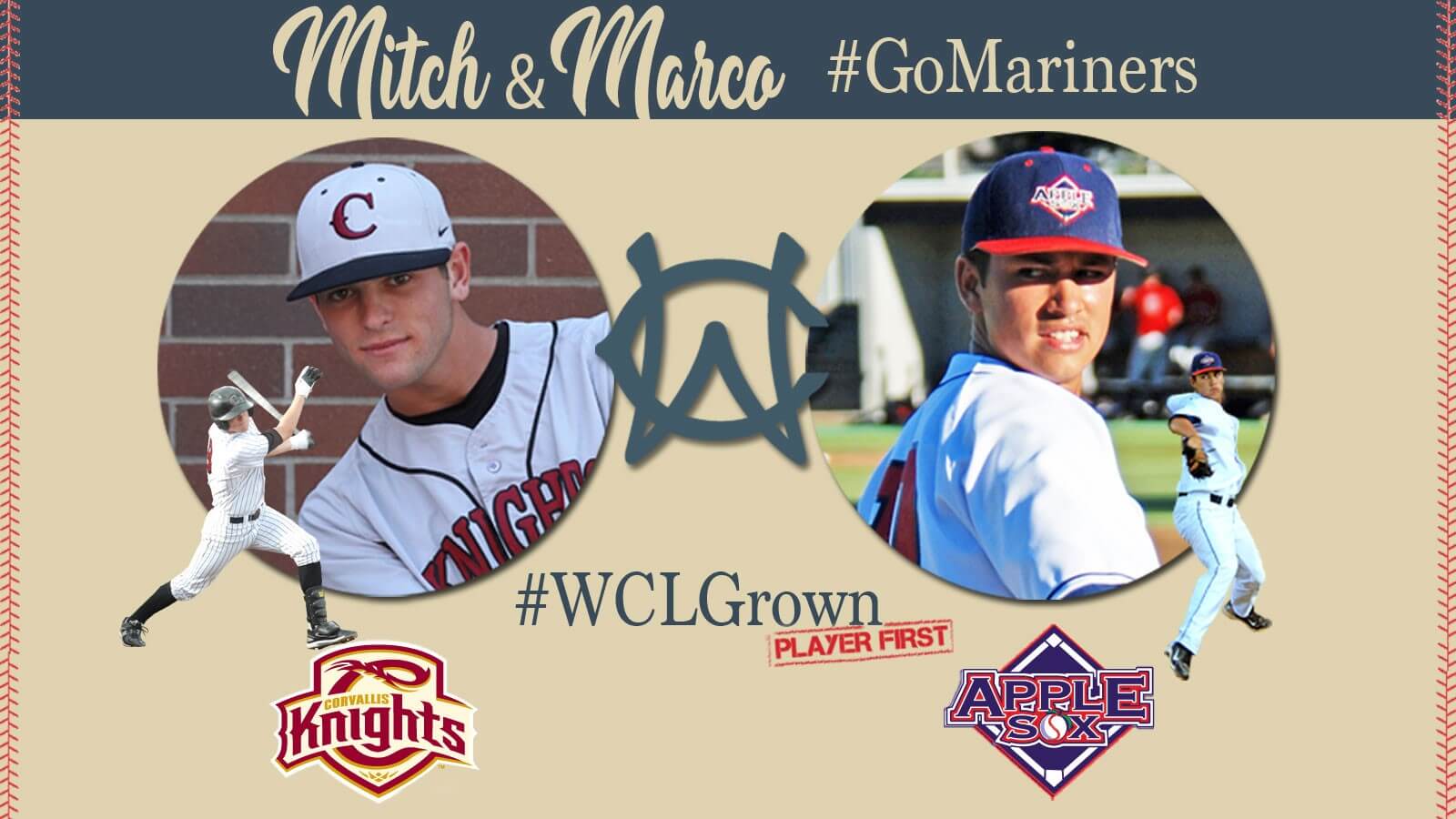 The Corvallis Knights and Wenatchee AppleSox are a tradition celebrated each summer, one inning at a time. The two baseball clubs partnered from the very beginning as founding West Coast League members in 2005. From that inaugural summer collegiate season forward they have enjoyed extraordinary success on the field and in their respective communities.

In terms of personifying the two organizations commitment to community, leadership and player development, there are no better Knights and Sox alumni we can think of than Mitch Haniger and Marco Gonzales of the Seattle Mariners.

Mitch & Marco shined brightly in the West Coast League in 2010; Mitch with the Knights, coached by Brooke Knight, and Marco for the WCL champion AppleSox led by skipper Ed Knaggs. Both earned first-team all-WCL honors.

Learn more from Corvallis and Wenatchee about Mitch and Marco’s 2010 summer and dive more into the Knights/AppleSox rivalry.