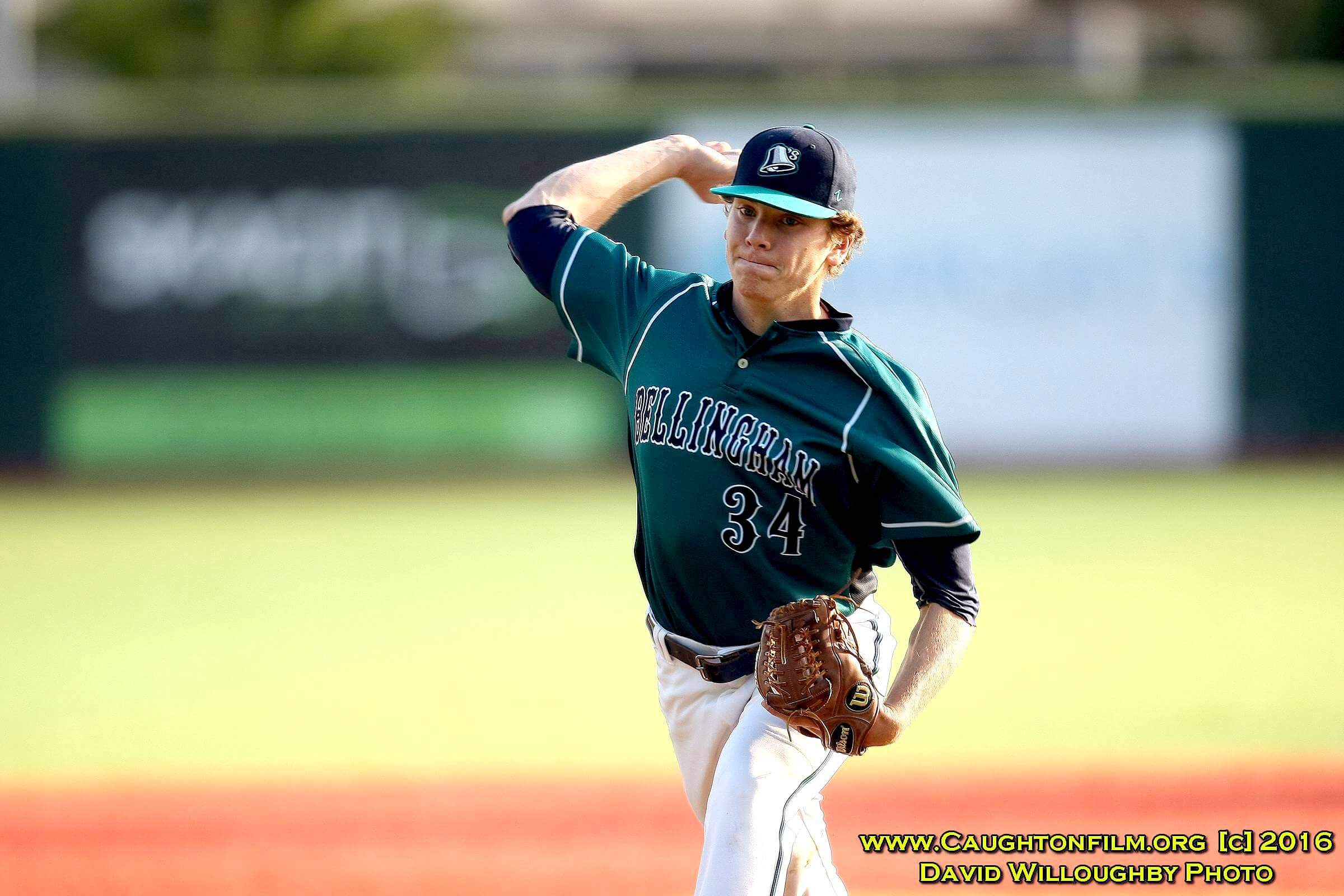 A number of former West Coast League players could have the opportunity to capture Olympic gold in 2020. WCL alums Spencer Howard, Wyatt Mills and Andrew Vaughn were selected to USA Baseball’s roster for the World Baseball Softball Confederation (WBSC) Premier12. In addition Brandon Marklund and Will McAffer were chosen to play for Team Canada.

The WBSC Premier12, which will take place November 2-17, is the first opportunity for both Team USA and Team Canada to qualify for the Tokyo 2020 Olympic Games. Team USA will begin the event in Mexico while Team Canada will play in South Korea.

Howard pitched for two seasons with the Bellingham Bells in 2015 and 2016. He finished the 2019 season in Double-A for the Philadelphia Phillies and is currently ranked by MLB.com as the team’s No. 2 prospect.

Mills pitched for both the Yakima Valley Pippins and Kelowna Falcons during two summers in the WCL. The Gonzaga product from Spokane wrapped up the 2019 campaign in Double-A for the Seattle Mariners.

Vaughn, who played for the Victoria HarbourCats in 2017, was selected by the Chicago White Sox as the No. 3 overall pick in this year’s MLB Draft. The slugger is currently ranked by MLB.com as the No. 21 overall prospect in baseball.

Marklund thrived this past summer in his first season of professional baseball. The former Kelowna Falcons hurler from North Vancouver went 4-0 with a 0.46 ERA for the Lexington Legends, the Low-A affiliate of the Kansas City Royals.

McAffer earned All-WCL First Team honors in 2016 after an outstanding season with the Victoria HarbourCats. This last season he had a 4-3 record with a 4.34 ERA as a member of the Lansing Lugnuts, the Low-A affiliate of the Toronto Blue Jays.