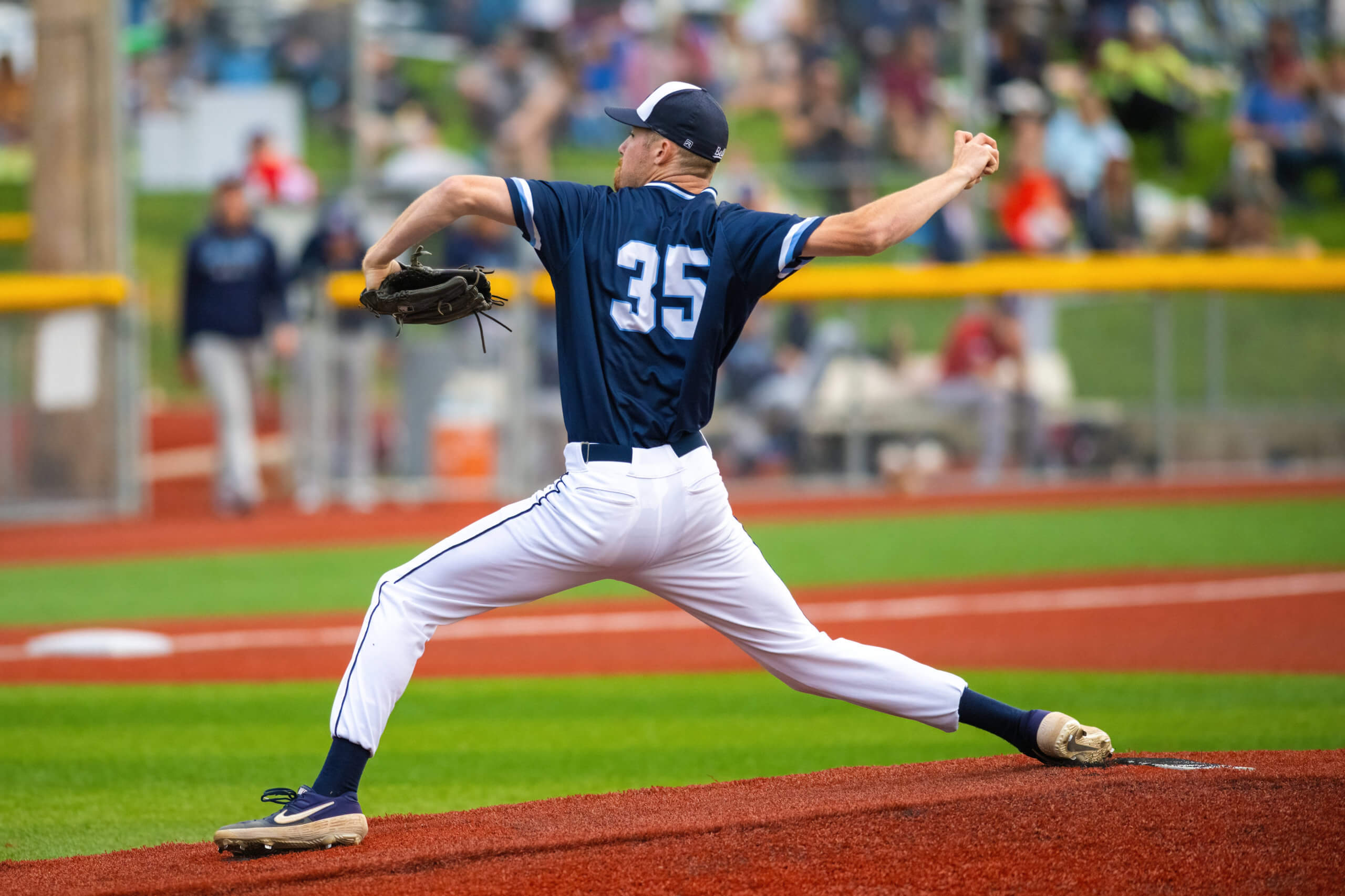 Oyama played in all 54 of Wenatchee’s regular-season (and postseason) games, batted .339; led the WCL in runs, walks, and triples; and set a league record with 42 stolen bases. Sharp reached base 83 times in 42 games and easily paced the WCL with 14 home runs. Both players’ teams reached their respective division’s championship games.

“Oyama’s game can best be described as electric,” Wenatchee Head Coach Mitch Darlington said. “He brings a ton of energy to the top of the lineup and his ability to single-handedly manufacture runs is impressive to watch. Jo’s discipline and love for the game is going to take him a long ways in this game. Our entire organization is excited to see Jo’s career blossom at UC Irvine.”

“Jacob Sharp’s consistent ability to find his barrel night in and night out made it quickly apparent to our organization that we had a game changing player on our hands,” said Ridgefield Head Coach Chris Cota. “Along with his offensive prowess, Jacob’s arm was a threat at the catcher position and in the outfield. He also possesses the extra tool of humble confidence: he expects to impact a game every time out. We expect big things from him this season at UNLV.”

The WCL’s Pitcher of the Year is Bellingham hurler Trevin Hope. The rising Lewis-Clark State senior posted a league-best 2.24 ERA, with a 4-1 record in nine outings.

“Trevin embodies what it means to be a Bell, and we are thrilled for him to be recognized for all his hard work and effort during this summer.” said Bellingham interim Head Coach Haydan Hastings. “His impact on his teammates, the staff, and our community was felt daily. Watching him pitch this year was a joy. There’s no one more deserving of this award.”

Thursday the All-WCL teams will be announced, followed by a Friday announcement naming the League’s Top Prospect, Coach of the Year, Executive of the Year and Team Sportsmanship Award.