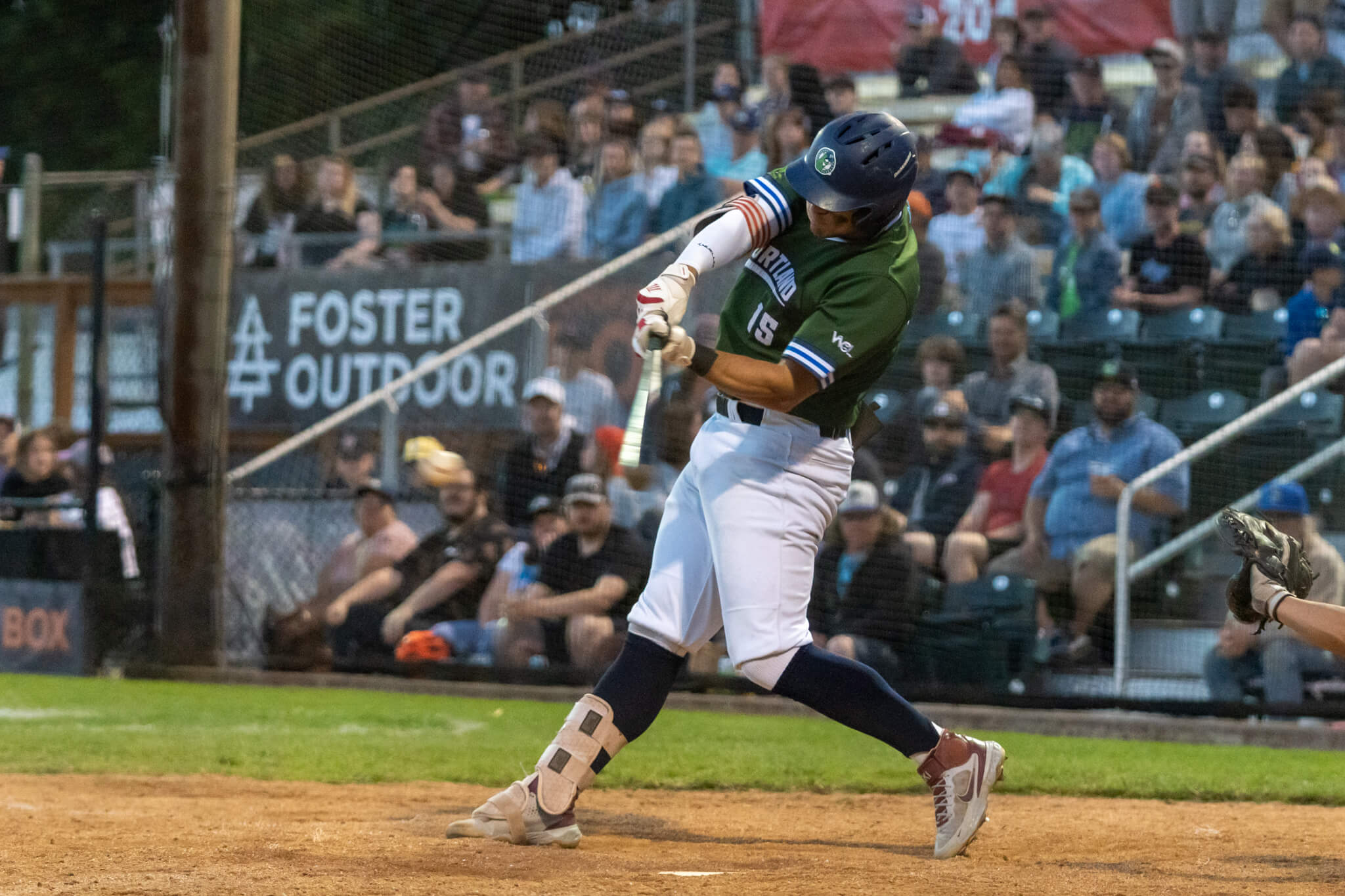 Last winter, the West Coast League’s board of directors approved a new postseason format designed to do two things: (1) increase the number of postseason teams, in part to reflect the jump in league members from 12 to 16, and (2) inject even more excitement into the second half of the season, not to mention the playoffs themselves.

To that end, this summer half the West Coast League’s teams will qualify for the postseason: four from the North Division, four from the South.

We’ve already got two qualifiers lined up, both winners of the first half titles in their divisions: the North’s Bellingham Bells, and the defending West Coast League champion Corvallis Knights. Both teams are scheduled to host Game 2 in their respective first-round, best-of-three playoff series, along with any potential Game 3.

Meanwhile, the other six spots remain in question. The second slots in each division might go to the second-half winners. But if a first-half winner also wins the second half—Corvallis currently leads the South’s second-half standings, while Bellingham’s one game behind first-place Wenatchee in the North—then the second, third, and fourth postseason berths will simply go to the teams with the second-, third-, and fourth-best overall records in the division.

In the event that the first- and second-half winners in a division are different, both teams qualify as “home” teams in the first round, with the third and fourth slots going to the teams with the two best records that didn’t win the first or second half.

The lower-seeded, “visiting” teams in the first round—and again, there will be four of them: two in each division—will host the first games of their playoff series. Which means all eight postseason teams are guaranteed at least one home game.

Please visit this page for full postseason details, and follow the chase for the six remaining playoff spots on the WCL’s standings pages. And as we near the end of the regular season, we’ll post regular updates featuring the remaining contenders and various scenarios.