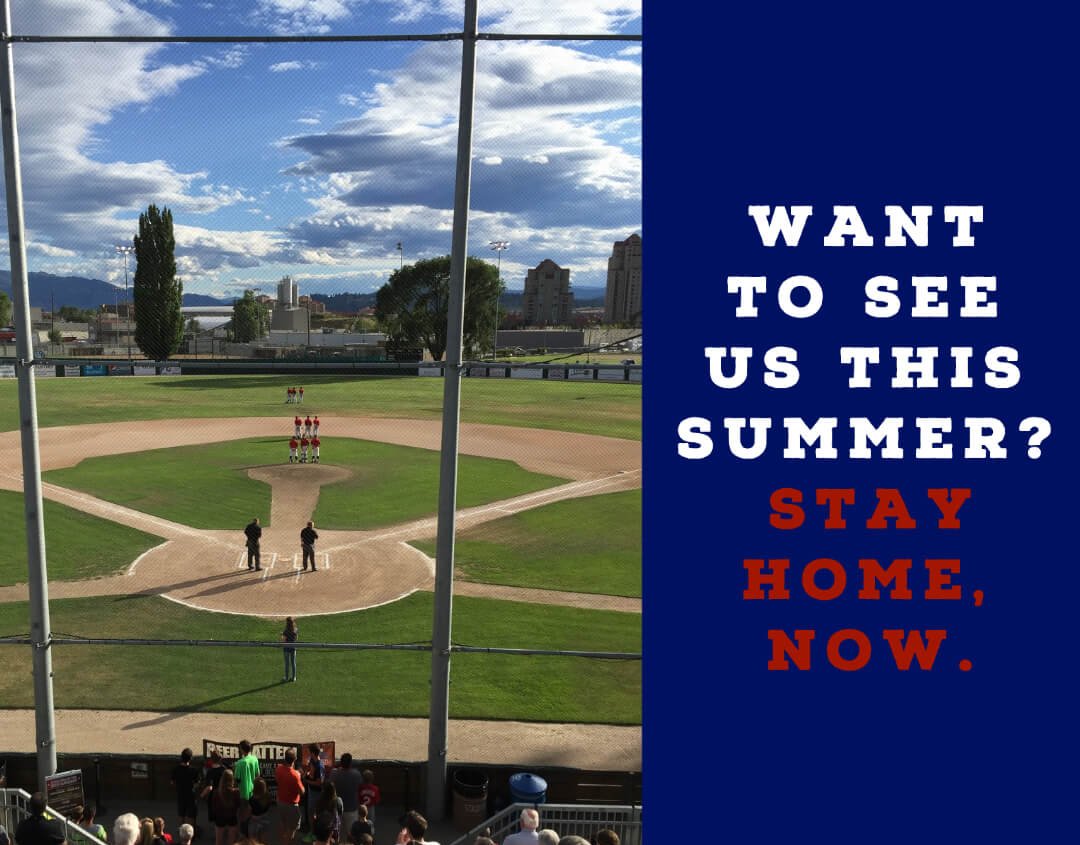 “It’s not often,” WCL Commissioner Rob Neyer said, “that a baseball league can make a measurable difference during a national crisis, but this is one of those times.”

“All our teams are busy preparing for the season,” Neyer said, “but at the same time we’re thinking about our fans. We want them to stay safe, be healthy, and (yes!) join us at the ballpark this summer. Soon! And all the doctors and epidemiologists tell us the same thing: Stay home now. So we’re asking our fans to stay home now, and later we’ll play as much baseball as we can play.”

“We are all in this together,” said Portland Pickles co-owner Alan Miller. “If we all come together as a community now, we get baseball this summer. And I can’t think of anything I’d rather being doing than watching a West Coast League game.”

“Obviously,” Commissioner Neyer said, “our hope is that #StayHome4Baseball goes … well, let’s just say we hope it’s the new #IceBucketChallenge. There are millions and millions of baseball fans out there, and if #StayHome4Baseball reaches just a small fraction of them, we’ll have done some real good.”

The West Coast League continues to monitor public health announcements while complying with federal, provincial, state and local guidelines and regulations while preparing for the upcoming season, scheduled to begin on June 5. The WCL urges all our fans to follow the advice and guidelines from local health authorities.