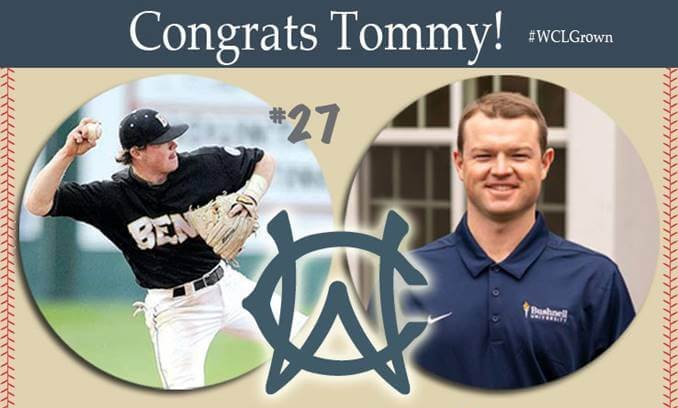 When asked for a scouting report on Tommy Richards—on Tommy Richards as a player; as a coach; as a person, just living in the world—Scott Anderson kept coming back to the same word: tenacious. 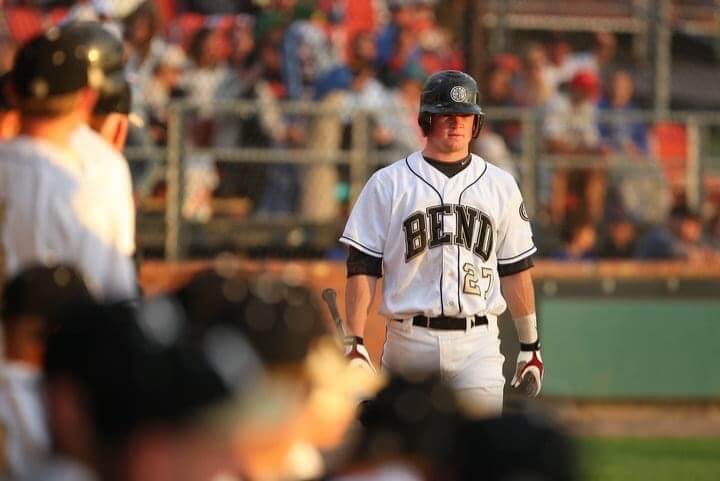 If anyone knows, Anderson would. In 2009 and ’10, Anderson was Richards’s head coach with the West Coast League’s Bend Elks. In the former season, Richards helped push the Elks to the playoffs; in the latter, he batted .364 to capture the WCL batting title and earn league MVP laurels.

Anderson, who back in the day had teamed up with the likes of Tim Raines and Tony Phillips, has other words to describe Richards, who he knew before ’09 and has kept in touch with ever since. But we’ll at least start with tenacious. Because if you’re going to build a college baseball program from the ground up—create a living, breathing team of 35 young ballplayers where one hasn’t existed in many decades—you need tenacious. Which might go a long way toward explaining why Bushnell University has chosen Tommy Richards for this singular sort of job.

Richards pitched at Bend (Oregon) High School, and perhaps his course was set there. “In my sophomore year,” Richards recalled, “Chuck Clair was my pitching coach, and he changed my life because of the person he is. He was the sort of coach who could capture the heart underneath your jersey. You got the feeling he really did love his players; it wasn’t just a tagline.”

At Washington State, Richards learned different lessons from each of his coaches. From intense head coach (and future West Coast League president) Donnie Marbut, Richards learned “how to challenge your players” … even while also acknowledging that Marbut could be “overwhelming at times.” Richards describes hitting coach Spencer Allen (now the head man at Northwestern University) as a “really, really well-rounded coach who showed me how to be a lifelong learner.” And even though Richards was no longer pitching, he took something from pitching coach Gregg Swenson, too. “He was really involved on the mental side,” Richards said, “and his teachings resonated with me.”

Scott Anderson says Richards “has faced a lot of adversity that makes him who he is.” Like the pressure of playing, when still a teenager, for the Bend Elks, who happened to be owned by his parents. Like coming back from having his nose crushed by a Matt Andriese fastball. Like rehabbing from Tommy John surgery shortly into his professional career.

All of that before Richards turned 24.

Some people who reach a certain level of success are eager to describe the obstacles they overcame. When pressed, Richards instead talks about how lucky he’s been. He talks about how many opportunities he’s been given, and he talks about how any obstacles in his path—if you happen to bring them up, because he won’t—were actually good for him.

In 2012, after his senior season at Washington State, Richards signed with the Baltimore Orioles as a 24th-round draft pick and went off to Florida as a Rookie-level second baseman. After missing all of 2013 with the elbow injury, Richards closed out his professional career in ’14 with the Gateway Grizzlies in the independent Frontier League. In his 73 games, Richards led the Grizzlies in one statistical category: Hit by Pitch (15).

Richards reads a lot of books. Anderson recalls that once, while staying with the Richards family, he went into Tommy’s room and was struck by “all these books he’s reading, all the sticky notes all over his mirror and walls.”

There’s a passage near the end of Matt McCarthy’s book Odd Man Out, about McCarthy’s single season in professional baseball, as a Provo Angel in the Rookie-level Pioneer League. Shortly after that 2002 season, McCarthy’s road roommate Randy Burden suffered a fatal heart attack. After quoting the obituary in Burden’s hometown newspaper, McCarthy wrote of the funeral, “The service was overflowing with friends, family, former classmates, and teammates from high school and college, but there were no members of the Provo Angels in attendance.”

Tommy read McCarthy’s book, and the passage above made a particularly lasting impression. “I did really enjoy my time in pro baseball,” he said, “but I realized I could maybe make a bigger impact in college baseball, build deeper relationships.” And while playing for the Grizzlies in Illinois, he made a connection with Logan Johnson, the head coach at Lindenwood University-Belleville. Richards wound up spending the better part of two years there, coaching and learning. 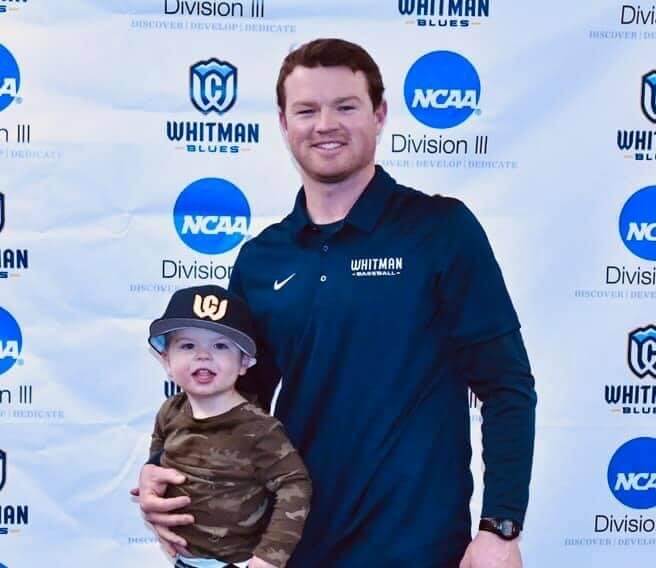 However, the Northwest called him home. Back in 2013, he’d helped out some at Whitman College in Walla Walla. Richards’s big brother and sister both attended Whitman, and Tommy had actually been a batboy there. In 2016, he joined head coach Brian Kitamura’s staff; ultimately, Kitamura says, “Tommy ran our offense, had full authority over our hitters.” In 2019, the Whitman Blues won 29 games, including their first Northwest Conference (NCAA Division III) championship in program history.

The 2020 season was, of course, a pandemic-related wash. But 2020 would have been Richards’s fourth season at Whitman. “After year four or year five,” Kitamura said, “my coaches should be ready to take on a head coaching role.”

Last year, Northwest Christian University—just across a one-lane road from the University of Oregon, in Eugene—announced a name change, to Bushnell University. And just a few weeks ago, Bushnell announced that the school would, beginning in 2022, feature baseball as a varsity sport for the first time in more than half a century. Bushnell’s Beacons will compete in the NAIA’s Cascade Collegiate Conference.

But they’ll need a head coach. For help finding one, Bushnell President Joseph Womack turned to Kenny Niles, who coaches baseball at nearby Churchill High School and is well-connected in

local baseball circles. Niles also happens to have spent much of his life in Bend, where he knew the Richards family and coached Tommy’s older brother. He coached Tommy, too. “When Tommy was five,” Niles recalled, “I lied to get him on my eight-year-old team. He wasn’t much bigger than the bats, but he could already play.”

Bushnell’s first serious discussions were with a highly experienced and successful NCAA D-1 head coach. But when that didn’t work out, Niles said, “Tommy’s name kept resonating, and I kept hearing the same thing: he won’t be an assistant much longer. So it became a choice: either a national search, or Tommy. And ultimately we just loved his résumé, and personally he checked all the boxes.”

Spencer Allen, Tommy’s coach back at Washington State, said, “Humility is the key, and that’s where we really align. I don’t think I have it figured out, and I doubt if Tommy does either. But he’s always on a path to figuring it out. As a coach, as a husband, as a father.”

“You could challenge him,” Allen recalls, “and he would step up to that challenge.”

Now Richards has the challenge of putting together his recruiting class of 35 players by next fall. We wouldn’t bet against him. Not when tenacious counts for so much.